Employee Discrimination against a High Achiever

Gehan was one of only three Christians employed by a leading American pharmaceutical company in the Middle East. His superior made it clear, however, that he wanted no Christians on his team and over three years Gehan was subjected to systematic employee discrimination, ending in the loss of his job.

"Originally I was a physician but I'd suffered a disability which limited the use of my left hand," says Gehan. "I was hired by this large company as a senior sales representative in 1996, starting in Egypt for seven years, and then transferred to Dubai.

"In their Anti-Harassment and Anti-Discrimination Policy handbook, they claimed they'd treat all employees the same but my case proved the contrary." 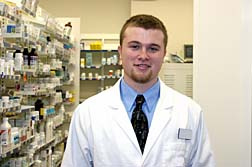 Discrimination against Gehan fell into three categories-unequal pay, unfair treatment and failure to promote. "When I transferred from Cairo to Dubai it didn't take long for me to realize I was getting paid the same salary as a newly-hired junior medical rep," Gehan says. "When I asked my direct supervisor about this, he replied, 'you accepted', but I didn't know mine was the salary of a junior. Wages in Dubai are seven times higher than in Cairo, so they refused to give me a raise.

"Then I was nominated for a promotion in 2006 by the company's general manager but my direct supervisor denied me. Because I'm Christian, he said, and because of my behavior I don't deserve it."

Despite the religious bias against him, Gehan was recognized as the top achiever in the
Gulf region. "My sales target was one million and I exceeded it by more than $700,000," he says. "At the same time, a colleague failed by 35 percent but there were no negative claims against him. He's Muslim.

"Since they couldn't find a business reason to fire me they chose behavior. They said I didn't respect one of the chief pharmacists in one of the hospitals. I spoke to that pharmacist but he was far from angry. He said to me, 'You're one of the best' and he was ready to witness against the lie of my direct boss. I have a letter signed by this pharmacist with me now."

Other letters citing behavioral issues were brought forth against Gehan. He appealed to the president of the company's European office asking for help but received only a curt directive to manage the issue with his direct boss in Dubai and Egypt. Even less assistance came from the regional sales manager and human resources department. Instead, he was told to sign an admittance of negative behavior, which he refused to do, then wait ten days for the decision.

The stakes were shocking to Gehan and his family. "If I did not sign the paper I would have to leave Dubai right away," he says. "My visa was directly linked to my job and my wife would also lose her job and country, and my two daughters would have to leave school immediately and not wait until the school year was out. At this point I was already very shocked. I told them I would think about it and every day they called me to come and sign this false statement.

More News
"In the end, not only did they fire me, but my visa was revoked immediately and they didn't allow me the right or time to look for work in another country. The termination letter cited two causes--failure to comply with the behavior code outlined in the company handbook, and it claimed I didn't accept the warning letter, meaning I was willing to sign but not admit any wrongdoing.

"I had to leave Dubai right away. My wife was pregnant at the time and she miscarried from shock of my being fired.

"But they didn't expect me to go to America and complain. I called the discrimination hotline at the corporate office. They said it was very serious and promised to investigate. In the end the European head was fired to rectify the situation. And now they've hired two Christians in top positions to correct the statistical imbalance. I know, however, that if I was an American, this wouldn't happen to me."