Man Looks for Job but finds Discrimination Instead

When Ivan left his job in New York to take a position with General Physics, he found that racial discrimination stood in his way. He said his positive attitude turned to suspicion when the two black people in his group failed to qualify for jobs but the people who were white were all hired.

Ivan's story is troubling, to say the least. He was one of eight people hired to become trainers at CIGNA Health Insurance. General Physics was his new employer and that company, in turn, sent workers to CIGNA to learn its systems and ultimately become trainers for CIGNA staff. 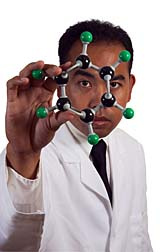 Ivan left a job in New York after hearing about the General Physics opportunity. He had been a trainer, assisting new immigrants in learning how to work in America. But the lengthy job commute took its toll and he was excited about the prospects at General Physics.

"At first, I didn't think discrimination," he said when all eight new hires in his group finished the training and took the CIGNA competency test. Two people who were white passed, and five failed, including himself and another black person. The sixth person, also white, was scheduled to take the test at a later date.

Then something strange happened. CIGNA re-graded the failing tests and lo and behold, the three white people passed. Ivan and the only other black person failed when the tests were re-graded. Ninety was the original passing mark and Ivan said he scored 87.

"Everyone but me and the other black person passed. I don't know how they curved the test but they took the tests and changed how they scored them."

He, the other black person, and the white person who missed the initial test were all given the opportunity to re-take the test. All three failed to get the passing score of 90.

"They curved it again and the white person passed and we didn't again," he said. "The whole time I didn't give a second thought to discrimination but the other person did. I thought they would terminate us but instead they gave us study material and let us take the test one more time. We both failed."

The last test, he said, was much harder and didn't contain any of the material they were given to study. He said he felt the company structured the test to ensure neither of them passed.

More News
"I didn't see the results," he said. "All I know is the day I took the test, they faxed the results to Texas and we had a conference call that evening. They told us we didn't pass and refused to give us the scores. [General Physics] told us they had to do what the client wanted and let us go."

He said that CIGNA doesn't have any black trainers or instructors, which is ironic since, he said, CIGNA holds the insurance policy for the predominantly black NFL. And as for Ivan, he is still looking for work and has been unemployed since November.

"I just felt, after the test when no one passed and they changed the scores so the white people passed, I started to put two and two together and thought they don't really want us there," said Ivan. "Once they narrowed it down to us two, they could do whatever they wanted to make sure we didn't pass."