The Florida Commission on Human Relations found "reasonable cause" to believe that a former employee of Winn-Dixie, the giant supermarket chain based in Jacksonville, was the victim of age and racial discrimination. As a result, Melbourne lawyer Maurice Acardier is just now filing two class action lawsuits in the 18th judicial circuit against Winn-Dixie. One suit alleges age discrimination and the other alleges race discrimination.

"Anybody that feels discriminated against will definitely be part of the lawsuit," says Arcadier. "Right now we have 40 plaintiffs, including current and former employees, and the numbers are growing." Arcadier predicts that 600 people will be affected by these lawsuits. 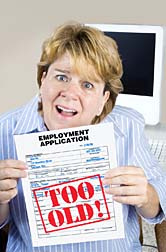 He also filed two Family Medical Leave Act (FMLA) lawsuits against Winn-Dixie on behalf of those people who were discriminated against while on medical leave.

"Numerous attorneys from all over Florida are now sending me these cases and more and more people are coming forward," says Arcadier. "The word is out that retaliation is illegal so people are less afraid to formally complain--at least 10 of our clients are still current Winn-Dixie employees.

"Winn-Dixie came out of bankruptcy in 2006 and (in my opinion) it was during this time that CEO Peter Lynch decided to target the older employees who were making more money and replacing them with minimum wage employees," says Arcadier. "And they were reclassifying full-time employees as part-time which also meant they wouldn't get any benefits."

Arcadier is representing a former African-American manager who was told by Winn-Dixie to "get rid of the African-Americans first". Astonishingly, when he wouldn't comply, he was fired.

In 1998, a class action lawsuit was filed against Winn Dixie and they settled for $33 million. The supermarket chain was sued again, two years later. "In 2000, we sued Winn-Dixie store manager Mark Nyquist because he retaliated against an employee who complained about discrimination," explains Arcadier. " We got a jury verdict for $675,000."

After that, Nyquist was promoted to district manager where he now oversees 25 stores! "Not only is he still working there and he got promoted, he is the reason why this current lawsuit was started—he is one of the principals allegedly responsible for the newest discrimination class action lawsuit," says Arcadier.

Winn-Dixie says the company has an anti-discrimination policy. According to a report from Florida Today (October 10, 2007), the supermarket stated that "Winn-Dixie has an effective and well-communicated policy that prohibits harassment and discrimination in the workplace, as well as retaliation against those who raise concerns under the policy."
Astrid Bickers, one of Arcadier's clients, said in an affidavit that when she worked as a meat-cutter at Winn-Dixie's Harrison Street store from 2004 to 2006, management treated her and other female employees--especially older women-- "disparagingly".

Another former Winn-Dixie employee told Florida Today that "It seemed like management was systematically trying to force out "older women and minorities."
READ MORE ABOUT Discrimination
READ MORE ABOUT Employment

If you have suffered age or race discrimination as an employee of Winn-Dixie, please contact a lawyer involved in this [Winn-Dixie Discrimination Lawsuit] who will review your claim at no cost or obligation.
Request Legal Help Now

Posted by
Mary Adams
on April 2, 2018
My information about Winn Dixie was submitted back in February 2018 I have not heard anything back which I could tell more about the store and the problems-Thanks Mary Adams
Posted by
Heather McShane
on April 24, 2016
Winn Dixie is still up to this same process. They cut full time people, decrease their pay, make them part time, ALL in an effort to get them to just quit. They purposefully give someone an impossible task to accomplish, fully aware that person cannot do the job and then say, "She/he can't perform their duties so we had to let them go.". NEVER tell Winn Dixie that you " cannot" do something because that only gives them fuel to sabotage your employment. This is only a fraction of stuff they do that's wrong and/or illegal at best.
Posted by
Lorraine Yarn
on July 10, 2015
They did this back in the late 80"s and early 90's they were told to get rid of the full time women and hire part time. I was in manager training then, they put me in dairy which it was hard to un- load the milk truck. It was killing my back so my Dr. gave me a excuse then they let me go. I had 19 years with them and I put my heart and sole into this company. They stared a new pay scale and started getting rid of the ones on the old one's.
Posted by
Freddy Mendez
on November 21, 2011
I walked out because I felt descriminated and they practically
pushed me out