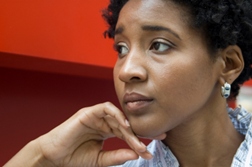 According to the lawsuit, two black "testers" for Baltimore Neighborhoods Inc. were informed that only one apartment was available at the Middlebrooke Apartments and Town Homes complex in Westminster, Maryland.

On the same day last August, two white "testers" were told that between 12 and 14 units were currently available or would be available soon, according to the news provider.

The lawsuit was filed against New York-based Home Properties, which owns the apartment complex, and Baltimore Neighborhoods Inc. is seeking undisclosed monetary damages and legal fees.

If you or a loved one have suffered losses in a similar case, please click the link below and your complaint will be sent to a real estate lawyer who may evaluate your claim at no cost or obligation.
Request Legal Help Now