On July 12, 2007 the British Columbia Human Rights Tribunal accepted a complaint filed by Frances Moorcroft against Compatible Introductions, claiming she was discriminated against because she was charged more than the fee for male clients.

The Edge [reports] that Dale Carpenter, Julius E. Davis professor of law at the University of Minnesota Law School, believes the US lawsuit has merit and a chance of success. "Since I'm not an expert in California law I do not know how high its chances are," says Carpenter, a contributor to the Independent Gay Forum. 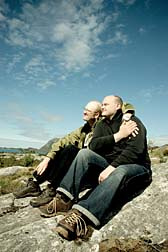 LawyersandSettlements.com (LAS): Are there any grounds for gender or age discrimination lawsuits against these dating sites?
Todd Schneider (TS): Yes, under California law anyway. I haven't researched the laws of other states yet.

LAS: In that case, how can bars and clubs get away with cover charges for males only?
TS: Many states have specific statutory exceptions such as Ladies Nights in bars. No states that I know of have exceptions for websites.

LAS: So online dating sites that have different rates are discriminating against gender and possibly age.
TS: My view is that it is actionable discrimination. In other words, you can sue for it. The courts will sort out in the end whether there is liability.

LAS: Do you know of any companies that may be liable?
TS: We are handling a case against eharmony.com on behalf of a putative class of gays and lesbian plaintiffs who allege they were illegally refused service at eharmony.

LAS: How many plaintiffs are involved?
TS: It is alleged as a class action and there is one representative plaintiff and we will be asking the court to appoint her as the class representative for all others similarly situated.

LAS: Do you foresee a backlash of similar allegations coming forward?
TS: I have seen chatter on the Internet about other dating companies but I don't know of any others at the present time.

LAS: You've been involved in other discrimination lawsuits.
TS: Yes, many.

LAS: Is this your area of emphasis?
TS: Yes. I got into this area because I believe lawyers should be protecting the rights of individuals against those more powerful than them.

LAS: Example?
TS: We just finished a case against FedEx on behalf of all African-American and Latino employees in the western region.

LAS: Was the settlement satisfactory?
TS: It resulted in sweeping injunctive relief as well as a $54.9 million settlement.

LAS: So this lawsuit might set precedence?
TS: Yes, that gay people have a right to avail themselves to the same services as their heterosexual counterparts.

LAS: What is the next step in this process?
TS: We will begin discovery which is where both sides ask the other side questions and then we move to class certification.

LAS: Do you think gender discrimination is rampant in matchmaking services?
TS: I haven't looked into the issue but it seems to me that if online dating sites are charging men and women different rates, then there could be a potential lawsuit.

If you have been discriminated against when using a dating service, please contact a [Discrimination Lawyer] who will will review your claim at no charge or obligation.
Request Legal Help Now

Posted by
Jackie star
on October 3, 2011
I was banned from Mingle2 because I am a transsexual and this is the email I received from Mingle2

I wanted to send this mail to you yesterday, but it was the weekend and I had to carry out a number of admin. actions in a short window of time. To get right to the point, we simply do not have a place for transexuals on Mingle2. We have nothing against you or any group which does no harm to others, but the site was designed to go after the mainstream dating pool.

So, I apologize for not giving you a heads-up on the ban. That noted, this account will not work from here on out.