Five of Minneapolis' top cops have filed a discrimination class action lawsuit in U.S. District Court against the city of Minneapolis, its police department, and its police chief, Timothy Dolan.

The suit charges that the defendants discriminated against the plaintiffs because they were people of color, were passed over for deserved promotion, and were forced to endure a hostile work environment including administrative retaliation when concerns were expressed.

It is truly amazing that, in this day and age, [discrimination] is still rampant.

Ron Edwards, co-chairman of the city's Police Community Relations Committee (PCRC) and a representative of the Black Policemen's Association, said, "What is troubling with respect to this lawsuit is these officers" - three lieutenants and two sergeants - "point out that since Day One they've known nothing but discrimination." 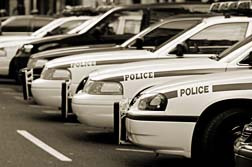 He added, "There was no compassion from this administration for these men and women of color. What the community says, what people are saying, is 'Well, hell, if they're treating black officers like that, you know how they're treating us out in the street.'"

In 2002 after sporadic civil unrest, the U.S. Department of Justice placed the police department in receivership, a rare action to address major civil rights concerns. After lengthy negotiation, a mediation agreement between the city and Department of Justice was formalized in late 2003. The agreement rescinded the receivership order, and established the PCRC. The PCRC was provided a five-year mandate, expiring in December, 2008, to resolve some 120 issues identified as problem areas in the police department. In four years, according to police spokesman Lieutenant Lawrence Doyle, 38 of these have either been resolved or are well along toward positive outcomes.

Edwards dismisses Doyle's contention as a "public relations numbers game," suggesting that 38 is too high a figure and, as well, that many of the more substantive issues such as recruitment diversity have not received due diligence from the department.

Edwards also notes that Minneapolis has a population comprised of 40-45 percent people of color, whereas at best only 15 percent of police are. "Moreover," he says, "these have been denied senior roles in the department despite often being more qualified than appointees.

"In fact," says Edwards, "Police Chief Tim Dolan has been bleaching the department since he was appointed eleven months ago."

The suit states that Dolan has "fired, demoted or transferred every African-American male officer who held the position of captain, inspector or higher rank." The suit goes on to state that "only one black Deputy Chief, Valerie Wurster, holds a rank above lieutenant, and she is known to be retiring shortly, so he does not have to fire her." Another deputy chief was not so fortunate. Appointed by Dolan's predecessor, he was summarily demoted by Dolan without explanation.

One of the plaintiffs, 20 year veteran Sergeant Charles Adams, was a homicide investigator with a 90 percent-plus case clearance rate, the best in the department. When he publicly apologized to the bereaved family of a murder victim for an indiscreet erroneous remark made by his superior, he was promptly transferred to the auto theft and burglary unit. His partner, Caucasian, who publicly apologized at the same time, was not disciplined.

All five plaintiffs have more than 20 years service as Minneapolis police officers. Prior to filing the suit, they followed protocol by taking their concerns to the Director of the city's Civil Rights Department, Michael Jordan. In the suit Jordan is alleged to have "never followed up on the report and later publicly dismissed the officers' allegations as those of 'disgruntled cops near the end of their careers.'"

When asked his opinion on how he saw the case moving, Edwards said, "I think the mayor, R.T. Rybak, and the police chief would like to see a quick quiet settlement. Legal costs to the city could be staggering. Add to that, the mayor is rumored to be trying to position himself for a run at the Democratic nomination in the upcoming race for Governor. These court cases won't help him a bit, particularly because the city's police and civil rights departments report directly to him and happen to be the only two that do."

"As for the five officers," Edwards continued, "they want their day in court. They want a judge, jury, and full disclosure because these problems have been going on, if not intensifying, for decades. For them, early settlement is not an option."

In a joint statement, the mayor and City Council President Barbara Johnson said that "while we take charges of discrimination seriously, we are confident in Chief Dolan's ability to lead the police department and ensure it reflects the diversity of the city."

If you or a loved one has suffered from discrimination, please contact a lawyer involved in a possible [ Discrimination Lawsuit] to review your case at no cost or obligation.
Request Legal Help Now