Joanne C. wants to determine how long she had been taken double doses of Digitek before it was recalled. Neither her pharmacist nor doctor has the answer. "I realize we all have to die some day but let's not hurry it up [due to digitalis toxicity]," says Joanne. 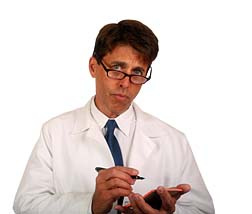 Joanne has been on Digitek since 2000 and she enjoyed relatively good health—until a few months ago. "My doctor thought I had bronchitis so he prescribed an antibiotic," says Joanne. "But I kept feeling worse and had to be taken to emergency." She spent six hours in ER having a battery of tests, from x-rays to blood work, and was shocked with the diagnosis: Joanne has atrial fibrillation (also known as "a-fib")—a condition in which the heart beats either faster or slower than normal. In Joanne's case, her heart was racing.

"My heart beat was 170 a minute," says Joanne, "and the doctor thought I was going into heart failure. They gave me a medication that brought my heart rhythm down to 93 and let me come home, but I was scared." And rightly so because this diagnosis was bad news: although a-fib can usually be managed with proper treatment, it is rarely cured.

Joanne was back in ER one month later, this time with horrific headaches. A tumor was suspected so she had a CAT Scan. The good news: no tumor. Bad news: bad heart, but she already knew that. However, nobody could explain why she had a bad heart. Joanne may have found the reason when she went online and found out headaches are a side effect from overdosing on Digitek. And she has had trouble breathing.

"I have been extremely tired since I came back from the hospital," says Joanne. " I find it hard to do anything and I have a lot of nausea that comes and goes. I get dizzy and lightheaded and when I have gone out, even to walk a few blocks, I have almost fainted."

Even though Joanne is 73, she was healthy and active up until a few months ago. "I used to go shopping and could carry a sack of groceries home, but now even my purse is a burden. In fact I don't know how I can stay alive, I feel so bad.

"Around the beginning of May, my pharmacist called and told me about the recall.
'This is Jeff from Shopco, don't take any more Digitek and bring back all that you have left,' he said.
I was shocked and arranged for a ride to Shopco that same day.
'Jeff, do you think this recall is the reason that I wound up in ER?'
'It very well could be, I wouldn't doubt it,' he replied.
He gave me Lanoxin, but there was such a run on Digitek that he could only give me 23 pills. The following week he called and let me know there was more Lanoxin and I got 100 more pills.

I asked Jeff how I could trust another medication after this incident--I am scared off all meds now. I read online how people have dropped dead from taking too much Digitek."

More News
Two lawsuits were recently filed (end of May) in West Virginia: one alleges that a patient died and another was injured after taking twice the approved amount of Digitek (also known as Digoxin). The lawsuits state that Digitek "has a narrow therapeutic index, and thus, has a limited margin between effectiveness and toxicity." Both patients consumed twice the federally approved levels of Digitek.

The lawsuits further allege that the pharmaceutical companies "have a history of failing to reliably establish the identity, strength, quality and purity of drug products they release for public consumption."

Actavis Group, is an international generic pharmaceutical company based in Reykjavik, Iceland. Actavis recalled Digitek after discovering the tables were double the "appropriate thickness", but not before they were sold throughout the US to thousands of patients.

Editor's note: earlier references to Digitek being manufactured in China were incorrect. Digitek is made at the manufacturer's plant in Little Falls, New Jersey and distributed nationwide by Mylan Pharmaceuticals, based in West Virginia.