How Long Has Digitek Double Dose been Going On?

On August 1, 2008 drug manufacturer Actavis Totowa LLC finally did the right thing and announced a voluntary recall of all drug products manufactured at its Little Falls, New Jersey facility. But countless people, Digitek patients and their loved ones in particular--are wondering why both the Digitek recall and now this complete recall took so long. How many people's lives could have been saved if the Activis facility was shut down when the FDA first found manufacturing problems back in September 2006? 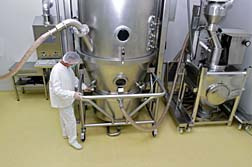 According to a statement by Activis, the recall notices were issued after an FDA inspection earlier this year found that the company had continued to violate "standards for good manufacturing practices." But the agency sent warning letters to the company in September 2006 and February 2007 after it found manufacturing problems at the generic drug maker's Little Falls plant. The FDA stated in these letters that because of quality control problems at the plant, drugs made there were "adulterated," making it impossible to determine if they were being manufactured at the correct strength.

Digitek was allegedly made at double the dose—for many patients, it was a lethal dose.

It has been almost four months since Digitek was recalled and Activis has yet to issue any further information to the health community and patients regarding how long Digitek was being made at twice the correct dosage. And of all the medicines to screw up, it couldn't get much worse than to alter the strength of Digitek: the slightest adulteration can have devastating effects, as can be seen by numerous wrongful death lawsuits recently filed against Activis.

As of August 20, 2008 LawyersandSettlements has received many complaints from Digitek patients or their loved ones: complaints from people who have experienced digitalis toxicity symptoms since before 2006 and complaints from sons and daughters whose mothers or fathers passed away from 2006 up until now. Families believe their deaths were caused by Digitek.

Elizabeth filed a complaint with LawyersandSettlements in May of this year. She was prescribed Digitek in the 1980s and took it for many years with no ill effects, but starting in 2006 she suffered many falls due to dizziness. She made many "unnecessary visits to various doctors" and believes she overdosed on Digitek for at least two years.

Allan has been in Atrial Fibrillation since April, 2008 and now has to take the blood thinner Coumadin, most likely for the rest of his life. "I had been taking Digitek for 10 years for non- threatening heart palpitations--not Atrial Fib—and definitely felt my age this year," he says. "For the past few years I've had these symptoms: I tire easily and wake up at night several times, I am short of breath and feel weak, and lately I have been vomiting a lot and have been getting dizzy." Allan is describing symptoms of Digitalis toxicity.

More DIGITEK News
"My mother passed away in May 2005 after taking Digitek for several years," says Carol. "She was in hospital when she died and had several of the symptoms I have read about--low blood pressure, dizziness, vision problems, etc."

"My elderly father had been taking Digitek for several months before he was hospitalized last March with the exact symptoms described in the Digitek recall alerts," says Lenora.

"My Mother was on Digitek for six months, from February until August of 2007 when she passed away," says Dorena. "I believe this drug killed her…She was doing fine until they put her on Digitek."