Elizabeth J. Starr was prescribed Digitek (digoxin) tablets for a heart condition and was taking her medication diligently. What she didn't know, however, was that the recalled tablets she was taking contained a double dose of digoxin, and she died May 5th. A lawsuit has been filed on behalf of her estate; one of many coming out of the woodwork after a manufacturing defect resulted in twice the levels of digoxin, as recommended. 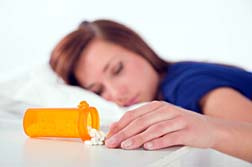 Digoxin helps to strengthen the heart and is commonly prescribed for a host of heart conditions including atrial fibrillation, atrial flutter and heart failure. Digoxin helps the heart along in the beat department, and contributes to a more efficient contraction of the heart muscle.

The US Food and Drug Administration (FDA) strictly regulates how much digoxin is allowed in a single tablet for reasons of safety and efficiency. One of the reasons for this has to do with a narrow therapeutic index, which suggests a limited margin between effectiveness of digoxin, and what is called digitalis toxicity. That warning has been voiced by various sources, including pharmacists thrown into the role of updating their clients regarding the Class 1 recall of Digitek.

The concern is that with such a narrow therapeutic index and a tight margin, it doesn't take long to reach the toxicity marker. Taking one tablet with too much digoxin would not be an issue. Taking several, over several days would be. Toxicity results from a gradual build-up of digoxin in the system beyond approved levels. That said, it doesn't take long to get to that point. Days, or even a week. Suddenly, a Digitek patient is looking at a potentially lethal level of digitalis in their body.

Actavis Totowa LLC, the manufacturer of Digitek, issued a voluntary recall of all lots of Digitek digoxin tablets sold under the commercial names Bertek and UDL Laboratories on April 25th after "the possibility" was found that "tablets with double the appropriate thickness may have been commercially released," according to text of a recall notice posted on the official web site of the FDA. "These tablets may contain twice the approved level of active ingredient than it (sic) appropriate."

The foregoing points to a manufacturing defect that appears to have combined two single-dose tablets into one tablet with double the thickness, and a corresponding double dose when compared to a normal tablet. Were a Digitek patient to have the opportunity of comparing the two tablets side-by-side, it might be obvious to detect the difference. However, the possibility exists that a single bottle of Digitek digoxin tablets may contain the enlarged tablets exclusively, thereby giving concerned patients nothing to compare them to. Elderly patients, a common consumer of digoxin tablets, may not recognize the fact that the pill they are taking today, is bigger than the pill they took yesterday.

Symptoms of digitalis toxicity include nausea, dizziness, vomiting, low blood pressure, cardiac instability and bradycardia. That's what happened to Melvin L. Pennington after the West Virginia man suffered "bodily injuries and other damages as the result of his ingestion of recalled Digitek," according to a lawsuit filed on his behalf late last month in Putnam County Circuit Court.

More News
Actavis Totowa is the New Jersey-based division of the Actavis Group, an international pharmaceutical company in Reykjavik, Iceland that manufacturers generic drugs. Digitek is distributed by Mylan Bertek, which is a Texas-based subsidiary of Mylan Pharmaceuticals. UDL, another of the companies named in the respective lawsuits, calls Illinois home. Mylan maintains its headquarters in Canonsburg, PA.

Actavis Totowa has been implicated in the past to manufacturing concerns, and has been cited by the FDA for various violations of good manufacturing practices. To that end the pharmaceutical companies being sued, the suits allege, "have a history of failing to reliably establish the identity, strength, quality and purity of drug products they release for public consumption."

The two lawsuits in West Virginia are similar to those filed in other States.