Fran has been taking Digitek to control heart palpitations since 1980. She says they were manageable but right after the Digitek recall Fran didn't "feel right" and she was diagnosed with Atrial fibrillation. Fran believes she took the double dose Digitek heart drug.

According to the Cleveland Clinic, A-fib may be related to alcohol or excessive caffeine use, stress, certain drugs, electrolyte or metabolic imbalances, or severe infections. In some cases, no cause can be found but in Fran's case, and like so many other Digitek users, it may have been caused by Digitek. 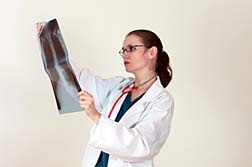 (Atrial fibrillation is an abnormal heart rhythm originating in the atria. Instead of the impulse traveling in an orderly fashion through the heart, many impulses begin and spread through the atria and compete for a chance to travel through the AV node. This causes a rapid and disorganized heartbeat.)

Shortly after Fran's pharmacist notified her of the recall, her feet started to burn and she couldn't sleep at night. "I had shortness of breath and I have a feeling like I can't rest—I am at odds with myself," says Fran. "It's hard to explain: I want to go but at the same time something is pulling me back and it is a physical symptom; it happens around 5am and lasts about one hour, until I feel relaxed enough to go back to sleep.

I gave my doctor the recall letter, which he kept, and he just told me to take Digitek Monday, Wednesday and Friday instead of every day. So I took the double dose pills—the bottle contained 90 pills and it was filled April 9, 2008. The recall was April 25, 2008 and I still have a few pills left. He also prescribed Coumadin because of the A-fib; he doesn't want a clot to form.

More DIGITEK News
I do feel better that I cut back the Digitek to 3 times a week because I believe that all these years of taking Digitek every day has been toxic. My feet have stopped burning since I cut back but the doctor says I still have A-fib. However it is bothering me less at night but maybe I am just getting used to it.

I was feeling really healthy up until this year; people can't believe my age—I am going to be 70 but I used to say that 70 was the new 50. I really feel my age now; I have to take naps every day—I never did that until this year.

It is pretty awful that the drug maker knew about the double dose pill and still it was on the market; you put your faith in pharmaceutical companies and believe they are going to dispense the right amount. And especially to make a mistake with Digitek! To think that just a minute amount over could be lethal is unacceptable—this drug maker cannot mess with people's lives and get away with it. Were they trying to cut costs by having less safety control? I guess profits come first.