"Digitek Almost Did Me In"

Norm (not his real name pending a lawsuit) was taking Digitek (digoxin) to slow a rapid heart rate and he was doing fine until a few months ago; that's when he unknowingly took double the prescribed dose and digitek toxicity just about killed him.

Norm says he would have been better off "eating rat droppings" than taking a potentially lethal double dose. He didn't know about the Digitek recall until his pharmacist called around the end of April. "Of all the mistakes that Activis [the manufacturer] could have made, they had to mess up in the worst possible way," says Norm. 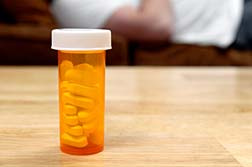 He explains that too much Digitek is highly toxic. "It isn't like Aspirin," he says. "It's unfathomable that this happened; those of us taking Digitek know how dangerous this drug can be--even if one dose is doubled--and that is what happened. Where were quality-control checks?"

Norm first took the drug in January but got a bad stomach ache and became very fatigued so he stopped after one dose. That stomach ache could have saved his life. Norm told his family doctor that he didn't want anymore Digitek and quit taking it. But in March, after a five-hour nuclear-imaging stress test found his heart rate too high, Norm's cardiologist prescribed Digitek. However, Norm didn't take the first pill until April 15th. "I told the cardiologist I didn't want to take it but he advised me to take the lowest dose possible," says Norm. "I took a pill on April 15 and one hour later, my whole body went numb and I blacked out.

"Next thing I remember, my wife was asking me if I had a heart attack. My heart was flip-flopping when I came to and it has stayed extremely erratic since.

Even though I was on such a low dose, I made the connection right away, but I was also perplexed as to how I would have such a severe reaction on such a small amount of Digitek.

Against my better judgment (and thinking the doctor knows best) I took another one the next day but it seemed to increase the arrhythmia. But that was the last time I took it because I had such a bad reaction. I called the cardiologist right away--he changed my prescription and told me to stop taking Digitek.

I'm not out of the woods yet. I am trying to manage my heart rate, which is too high. At resting, it is 120 beats per minutes, twice what it should be. My resting heart rate was 60 before taking Digitek. My latest EKG shows new arrhythmias for the first time--compared with 10 other EKGs I've had over the past three years.

More DIGITEK News
My reaction was anger when my pharmacist phoned about the recall. I just can't understand why enough quality-control procedures weren't in place; to make a mistake like this is unconscionable. I heard that Activis knew there was a problem with their manufacturing methods more than a year ago, so you'd think they would increase safety and quality control procedures. I think these drug makers just don't care. Their philosophy is to make a product in the cheapest possible way and maximize profits by taking shortcuts on quality control. The one area they should have guaranteed to make no mistake should have been the dosage level.

Now I am back to square one, trying to manage my heart rhythm and I am anxious about the damage to my heart that has resulted from taking double doses of Digitek. I was running four miles a day before taking this drug. Now I take 20 steps and have to walk slowly while my wife runs ahead.

Once arrhythmia starts, it doesn't stop easily. Add to the fray stress, anger and frustration—it is like adding fuel to the fire because arrhythmia begets arrhythmia: the more you are in it, the more the heart is remodeled and changed. In other words, it wears out the heart and I am very worried. They say life isn't fair, but this really isn't fair…"