Did Digitek Cause Wife's Death?

"My wife passed away on May 14th and she took Digitek for two months," says Robert R. "I still have one of the bottles that corresponds with the recalled Digitek double dose lot numbers. She had every one of the symptoms: dizziness, nausea, low blood pressure--and eventually she died."

"Carole, my wife, was under the care of a kidney doctor and he prescribed Digitek to begin with. She was in hospital back in December and that is when we got her first prescription filled; she was initially prescribed one pill a day. Then they cut it down to three pills a week and then only one pill. She was getting blood tests all the time so they must have found something wrong; why else would they reduce the dosage so drastically? 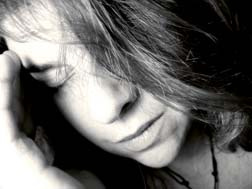 She had heart surgery in Dallas in January or February, 2007 and I don't know whether or not they used Digitek then. When we got back to California she recovered really well. But Carole went downhill with the Digitek.

About a week prior to her death, speaking of dizziness as one of the symptoms, she fell when she went to the bathroom and broke her hip joint. Carole was constantly throwing up and it got so bad that she was afraid to eat anything. Most of the time they were dry heaves and then she became really incoherent on the 13th.

"We took Carole to ER the day before she died because she was complaining of really bad nausea. They gave her an awful lot of tests and kept her overnight for observation. I got a call at 8am saying she passed away due to heart failure.

More DIGITEK News
Right at the end, just before she died, she was cut off from Digitek completely. I know in my own heart that this drug is what took her from us. I am looking at the bottle right now and the lot number is 62794 145-01. When we heard about the recall, our pharmacist at Wal-Mart sent us a letter and told us about it. Nobody phoned us.

She was still living when we received the letter and was still taking Digitek, about two weeks before she died. The pharmacist told me to call our regular physician but he never responded. Then all her complications started.

I was furious when I got that letter and I'm even more so now. Every time I think about it I start to cry. We were married 54 years and I miss her so bad…

I have contacted an attorney and they sent me a questionnaire and took a lot of information over the phone. And they are waiting on the medical reports. When I called the company handling the recall for the manufacturer, they wanted me to send the bottle in. I bet these SOB's are getting lots of bottles returned. My lawyer told me not to send them anything."