Sonora, California resident Michael Stieler underwent surgery in 2007 to replace his hip, where the cartilage had been worn down, but the DePuy Orthopaedics hip implant he received soon began to cause serious problems. 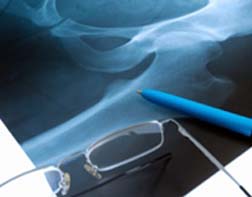 The Sacramento Bee reports that while the surgery provided much relief for Stieler for approximately one year, the device ultimately broke down.

Stieler, like many patients who have received similar implants over the past few years, received a letter from DePuy last September explaining that the all-metal device was being recalled by the company due to its penchant for early failures and the potential of metal pieces becoming lodged into the bloodstream of patients.

In addition to this action taken by the company itself, the US Food and Drug Administration, after receiving numerous reports similar to the case of Stieler, recently ordered the 21 companies that manufacture such metal devices to conduct post-market assessments.

"We've seen some of these implants fail very early and exhibit metal ion release," Dr. Thomas Blumenfeld, an orthopedic surgeon at Sutter Orthopaedic Institute in Sacramento, told the news source. "But the vast majority of implants will do well."

Still, with the American Academy of Orthopaedic Surgeons estimating that more than 250,000 hip replacement surgeries are conducted each year in the US, even relatively small instances of failures can have devastating effects.

Such is the case of Stieler, who began to hear a clicking noise from the hip whenever he began walking. Additionally, the pain became so severe that he needed to use crutches in order to walk and didn't even have the ability to turn over while in bed, the news source reports.

More DEPUY PINNACLE News
After the recall notice arrived, Stieler came to grips with the fact that he would need to undergo an additional surgery in order to fix the defective product. Now, he's only beginning to walk again without crutches and is adjusting to the fact that his hip will likely never be the same as it once was, according to the news source.

Like Stieler, UK resident Norman Sherrington received a DePuy hip replacement, only to find himself in constant pain and unable to walk properly.

The Evening Gazette reports that Sherrington has become one of hundreds of UK residents to file a lawsuit against the company over the faulty devices.

"My quality of life has been severely affected. I don't know what it's like to be pain-free," Sherrington told the news source.