This is the month that DePuy Pinnacle manufacturer Johnson & Johnson (J&J) will be pulling metal-on-metal DePuy Pinnacle hip replacement components and other products based on the same materials from distribution after announcing in May that it’s giving up on the troublesome products. 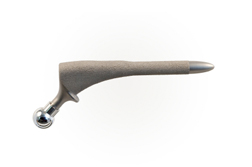 The announcement was a victory of sorts for health advocates critical of the 510(k) process that cleared the way for all-metal and metal-on-ceramic hip replacement products to appear on the market without intensive clinical trials. The 510(k) “loophole,” for lack of a better word, is a guideline employed by the US Food and Drug Administration (FDA) that allows new products onto the market provided they are substantially similar to existing products. The idea of the 510(k) was to bring promising products to market more quickly in order to benefit consumers - and to save manufacturers from the expense of redundant testing.

However, with some new-age hip and knee replacements, the idea has backfired. DePuy Orthopaedics decided in 2010 to recall its problematic ASR metal-on-metal hip replacement products, and is currently facing in excess of 10,000 lawsuits, according to the New York Times (5/17/13). In addition, 3,300 DePuy Pinnacle lawsuits are on the books.

When the FDA, in January, ordered all manufacturers of metal-on-metal hip replacements - including DePuy Pinnacle hip - to undertake post-market testing of any product approved under the 510(k) program, DePuy decided to cut its losses and discontinue the Pinnacle rather than sink additional funds into costly post-market clinical trials. DePuy also noted that demand for all-metal devices had been steadily waning in the face of high failure rates.

The manufacturer of DePuy Pinnacle was also to discontinue this month a metal component that was heretofore available for use with the Complete ceramic hip implant.

While it may be a victory for health advocates critical of the 510(k) program and the metal-on-metal devices in general, it doesn’t help the thousands of patients who have received the Pinnacle hip replacement and who may be in need of revision surgery. At one time, according to the New York Times, one in three hip replacement procedures in the US utilized the metal-on-metal design.

The latter, at one time hailed as a breakthrough in artificial hips, was soon reduced to a scourge, with high failure rates and increasingly dire health issues for patients negatively impacted when metal surfaces began to wear and break down, causing tissue and muscular issues and risking metal toxicity in the blood. Patients were requiring revision procedures and began launching DePuy Pinnacle hip lawsuits. According to The Star-Ledger of Newark, New Jersey (5/19/13), market share of metal-on-metal components dropped from a 20 percent share in 2007 to less than two percent in 2012.

More DEPUY PINNACLE News
In 2010, when DePuy issued the ASR recall, it reiterated the safety and effectiveness of its DePuy Pinnacle hip replacement system. That changed in May of this year, when DePuy decided to pull the plug. However, that decision is not based on safety or effectiveness, and is not a DePuy Pinnacle recall, said a DePuy spokesperson in comments made to Bloomberg News (5/19/13), regardless of how it appears.

“We won’t have any metal-on-metal or ceramic-on-metal hips any longer,” said Mindy Tinsley, a spokeswoman for J&J’s DePuy unit, in a telephone interview with Bloomberg. “We’ve seen, for example, a 90 percent decline in metal-on-metal sales industry wide in the US and Europe since 2007. There’s really not a viable market for these bearing combinations anymore.”

Posted by
Mark Henfer
on January 31, 2016
Already 7.000 out of pocket have had both hips totally replaced with the pinnacle one revision now other one is giving me problems limping pain bad cramps right in center of hip can't afford another seven eight weeks off of work my family depends on my income short term disability doesn't pay the bills
Posted by
Deborah Pate
on September 16, 2015
I received the pinnacle hip in 2007. It got so bad, lose, knocking, hurt to walk. Had it Replaced in 2010. The surgeon ordered the exact same pinnacle hip for the replacement, not knowing it had bad components. Well needless to say the surgery didn't go well. In my surgery report it states: patient had large amounts of gray matter and metal shavings, around the socket area. Actually said he got a handful of gray matter, "dead tissue" and metal shavings from around my docket area. The new pinnacle hip therefore didn't fit. It kept retroverting is the word he used. Wouldn't get a suction on the cup. He said he did the best he could with what he had to work with. I got phenomena afterwards. Was very sick for months.They released me from the hospital with 102 fever. My fever spiked to 103 and 104 every evening for 4 months. He sent me to another doctor for testing. That's when they found the metal poisoning in my system. Cobalt and chromium levels were sky high. It's been 5 yrs since the 2ND replacement.I am still very sick. Now have Lupus they've discovered. Metal has gone down some, but still somewhat high. Had another test about a yr ago. I've been evaluated by several surgeons since. They do not recommend me having another hip replacement because there is not enough tissue or bone to attach it to. So I'm stuck with this pinnacle hip that's producing metal in my system keeping me extremely sick. The pinnacle hip implant is loosen again and I can barely walk. Yet we cannot get our lawsuit money after almost 5 yrs? My question is: Are we ever going to get this settlement? Before we who are suffering dearly die from the poison or the other things it's triggered in our bodies? I can barely walk now, with a cane. I'd like to get my settlement while I can still walk with a cane. Please any information would be helpful. I do have an attorney but he doesn't return calls, send anything in mail, or let me know what's happening. I'd like to know something, anything going on in the lawsuit please. Thank you