The number of complaints to the federal government about the DePuy Pinnacle hip replacement are growing, forcing health officials to conduct more research on such products to determine their overall safety. 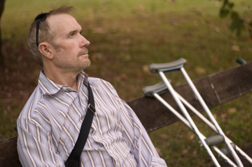 According to analysis conducted by The New York Times, the US Food and Drug Administration has received more than 5,000 complaints about metal-on-metal hip devices such as the DePuy Pinnacle. That number was more than the total that the federal agency had received in the previous four years.

The news source stated that the majority of the reports received by the FDA have come from patients who have had their devices removed or will soon undergo such procedures due to the fact that the implants failed after only a few years. Standard hip replacement implants typically last approximately 15 years.

There are a number of side effects that have been associated with metal-on-metal hip implant devices such as the DePuy Pinnacle, including serious injury caused by cobalt and chromium particles shedding inside the person's body from wear and tear. Additionally, patients have reported having difficulty walking and performing other day-to-day activities due to the hip replacement.

The rise in complaints seems to indicate that metal-on-metal hip devices could become the most problematic medical implant issue in a number of years, since a Medtronic recall of a heart device component in 2007 that led to more than 7,000 complaints, the news source said.

More DEPUY PINNACLE News
Specifically in terms of the all-metal Pinnacle, the news source found that 200 complaints have been lodged about the device manufactured by the DePuy unit of Johnson & Johnson. Additionally, 400 other complaints were filed over health issues related to Pinnacle devices, which come in a variety of forms.

DePuy, as well as other manufacturers Zimmer Holdings and Wright Medical, reportedly declined to discuss the proposals they submitted to the FDA that the federal agency requested in May. The proposals were designed to indicate how often the devices failed and what kind of health hazards they posed to patients, according to the news source.

Recently, it was decided that all lawsuits that have been filed over problems related to the DePuy Pinnacle device were to be consolidated in front of one judge, according to published reports. The majority of the lawsuits claim DePuy did not sufficiently warn patients about the potential for early complications from the devices.
READ ABOUT DEPUY PINNACLE LAWSUITS