Truth remains supreme in the courtrooms of America and the facts revealed in the recent litigation against Johnson & Johnson and its subsidiary DePuy Orthopaedics Inc. tell a “shocking” story of “fraud and conspiracy”, says attorney Jayne Conroy from the firm of Simmons Hanly Conroy of New York.
Read [ Story of Failed DePuy Hip Replacement Devices “Shocking” says Lawyer ] 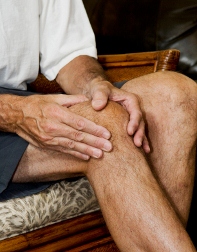 The first DePuy ASR trial is now underway in Los Angeles. Dr Shezad Malik, hip and knee attorney says that “plaintiffs are quietly confident they will prevail at trial based on the Johnson & Johnson smoking gun internal documents and based on the testimony of the plaintiffs’ experts.”
Read [ Attorney says There’s Light at the End of the Hip and Knee Lawsuit Tunnel ]

Attorney and Physician Dr. Shezad Malik represents a number of plaintiffs whose DePuy ASR hips and DePuy Pinnacle hips have failed, and many of these people are facing revision surgery. Dr. Malik explains how they are facing a "three-fold risk."
Read [ Physician and Attorney Discusses Depuy Hips Failure and Further Risks ]

DePuy ASR Litigation Update: Do You Qualify for a Claim?

"As are lawyers around the country, we are currently preparing DePuy ASR hip cases for trial, and continue to investigate and meet with experts, including medical experts with a specialty in metal-on-metal devices," says attorney Tim Becker, a founding partner of Johnson Becker.
Read [ DePuy ASR Litigation Update: Do You Qualify for a Claim? ]

"Most Americans who have a DePuy ASR hip implant are under the impression that the metal-on-metal medical device has been clinically tested and approved but it hasn't been," says medical device expert Lana Keeton. "The DePuy ASR hip implant, along with a number of other models, has only been cleared by the FDA."
Read [ Medical Device Expert Explains DePuy Hip Failure ]

DePuy Orthopedics has recently issued a voluntary recall of two of its hip replacement implants. In a statement on its Web site, the company says, "Data recently received by the company shows that more people than expected who received the ASR Hip System experienced pain or other problems." The two systems are the ASR XL Acetabular System and the DePuy ASR Hip Resurfacing System.
Read [ DePuy Hip Replacement Suits Coming ]

DePuy Hip Replacement: Don't Wait Until the Device Has Failed to Contact an Attorney

Less than a month ago, DePuy Orthopedics announced a voluntary recall of approximately 93,000 DePuy implants. Now, patients who received the implants may be wondering if they are at risk of their implant failing. Bob Rowland, partner at Goldenberg Heller Antognoli & Rowland, says patients face two potential problems with their DePuy ASR and ASR XL metal-on-metal hip implants: loosening and dislocation of the device resulting in the need for early hip revision surgery and/or the release of metal debris causing muscle and soft tissue damage.
Read [ DePuy Hip Replacement: Don't Wait Until the Device Has Failed to Contact an Attorney ]