Although Johnson & Johnson's DePuy Orthopaedics announced in March 2010 that it was phasing out the ASR Hip Implant because of declining sales and that DePuy Hips had a higher than normal failure rate, it took the company several months to issue a recall—and 18 months after the first DePuy hip lawsuit was filed. 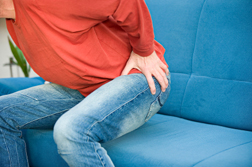 Given the increasing number of complaints from the metal-on-metal (MOM) hips, medical device experts now believe that the DePuy hip should have been recalled sooner. The company recalled its ASR XL Acetabular MOM hip replacement system and the ASR Hip Resurfacing System in August 2010, almost two years after the FDA had received about 400 complaints from patients suffering with the ASR hip.

At first, DePuy said that the five-year revision rate was approximately 12–13 percent, which was still more than double the failure rate of similar hip replacement systems. According to some lawsuits, the ASR device is failing in one out of eight patients who received a DePuy hip after July 2003. Other evidence indicates that the revision rate is 25 percent, while some experts predict that within six years, as more of the devices fail, it could reach up to 49 percent, or almost half.

Revision surgeries spell further costs for DePuy as attorneys are suing the company to cover patients' medical costs of revision surgery, along with pain and suffering, and emotional suffering and financial loss. The latest blow to DePuy came from the California Technology Assessment Forum (CTAF). On October 19, 2011, it released a study titled Metal on Metal Hip Resurfacing as an Alternative to Total Hip Arthroplasty, which found that metal-on-metal hip resurfacing is not as safe and effective as a traditional hip replacement. The findings contradicted the CTAF's previous assessment of MOM hips, as this recent report gathered information from foreign orthopedic registries and studies about metal poisoning in hip replacement recipients.

More DEPUY HIP REPLACEMENT News
In December 2010, the US Judicial Panel on MultiDistrict Litigation (MDL) filed a ruling that all cases filed across the country "are transferred to the Northern District of Ohio and, with the consent of that court, assigned to the Honorable David A. Katz for coordinated or consolidated pretrial proceedings."

The DePuy lawsuit alleges that the ASR hip replacement "was defectively designed and that DePuy knew that there were problems with the implant early on but didn't do anything to let patients or their surgeons know about the possible problems."

Posted by
Cheryl Von Walker
on November 20, 2011
My doctor put the CEMENTLESS knee system in me WITHOUT my approval and after LYING to my INSURANCE APPROVAL form for payment for surgery. Again as I have told before, this was after Surgeon implanted Smith and Nephew's #1 Knee System in my worst knee 6 months before that he sold me on because of the time it had been tested and found to have at least a 20 year LONGIVITY. I was 46'years of age and had already gone through 6 fracture surgeries to create new coverings over wounds exposing the nerves at the ends of my femurs and Tibias. No way would he have gotten me to agree to take any chances on any new product that did not have years of testing behind it.

This race by the Companies is an absolute selfish pursuit because I have not found where one Surgeon has performed this on another surgeon. Nor have I researched to find the Device companies demanding a volunteer from one of their TOP EXCECUTIVES to have one of these products put into their bodies.

I assure you this, if a Surgeon or the CEO of the device company had one of the metal on metal hips or the knees that are CEMENTLESS being implanted attached only from the outside of the bone expected to withstand a persons body weight up to at least 4x the weight especially as we bend and step, etc.

The pain from all the nerves we have in our largest bone in our body, then the blood factory in that same bone, the femur. All that TRAUMA to that area and then to have at least 3 replacements JUST to get out of the MESS the SELFISHNESS and GREED this PROJECT has been put on the patients and every area of their lives.

Until a surgeon and CEO grows some courage and lays up on that surgical table and puts THEMSELF through that hip or knee surgery and see what happens to their health will ANYTHING change.

Their pain will break down their blood pressure, destroy their ability to have patients, to concentrate, to sleep at all, to ever rest or relax, they will begin to find themselves to jump as a sound of a slammed door! Then being around people will begin to exhaust them. After time the World will not be the same, they actually see how selfish it is. The next thing you find they just don't get along anymore. They will not be able to maintain their CEO position, much less have the patients to do surgery. Everything Overwhelms you. Then they will find they want to be left alone. Then as everyone else writes in, find the numbers out on jobs then divorce, and on.

Yes, these Surgeons and Ceo's of DePuy or Zimmer and the rest will all move to fair and EQUAL playing grounds with all the other suffering patients finally. They will have lost their high ranking positions because their health has bottomed out. Their health will eventually barely get them out of their home. Some will get the Lessions like I have on my face that burn like fire with knots under my skin and erroding skin. Some of them will go through divorce but will for sure not have the same relationship because it is just hard to get along when you can't handle being touched because your nerves smother you.

The day any one of these 2 Major Entities lay down and have this surgery they know very well all of us DESERVE better and that we are there Lab Rats. Yes, until they live this hell, they will not get half way through the years we have been through and they will be SCREAMING, "MERCY - PULL IT ".....

Now that is what the truth is, but sadly I also have watched my Surgeon and all my Attorneys and the Surgeons Attorneys behave around me. They have all lied, they have then been cowards once they knew I found out what they did to my case and hiding this truth from me representing me. Never will I be able to speak well about Oklahoma and the Honor of their Court System. I could not find one human soul willing to step up in the GAP for what was the TRUTH.

This is why I know my outlook for health I'd Grimm. You tell me now who you go into surgery with that dies what they say they will. Surgeons do what they want and will get by with it. I know that and have even my hard earned Insurance paying 80% of those surgeries with this Surgeon doing it to me. Then the Insurance fails to speak out for my behalf. Even when the company pays him for the same procedure and then I have to bankrupt on the surgery he takes my life, career and health.

I am disgusted and appalled as a patient from Oklahoma with a CEMENTLESS Knee that I was going into surgery expecting the #1 Cemented Knee that matched my left knee just 6 months before. Patients, that is what you want to make sure you got, what you agreed to and told you would get and that it was FDA APPROVED. You will be surprised that you must ask these days, yes, you must ask.....