The DePuy Hip Replacement recall is once again under scrutiny, this time after news of how Johnson & Johnson is handling the DePuy hip replacement recall. Meanwhile, reports indicate that metal-on-metal hip devices could be a costly problem, causing pain and possibly further surgeries for patients who received the DePuy hip. 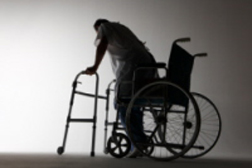 According to Reuters (08/22/11), Johnson & Johnson has hired a third party—Broadspire Services Inc.—to deal with claims patients make for out-of-pocket medical expenses related to the recall of the DePuy hip. Critics of the move say it will allow Johnson & Johnson to limit the payments made to patients and will also allow the company to obtain patients' medical records.

A spokesperson for DePuy said that the company will only review whether the hip problems are the result of the recall and because of another issue, such as a fall. But critics say DePuy and Broadspire have demanded information such as medical records and have requested patients sign a medical release, which would give their physician the authority to share information with DePuy.

Amid news of Johnson & Johnson's handling of the DePuy hip replacement recall is news that another lawsuit has been filed against the two companies. According to The Southeast Texas Record (08/29/11), a woman in Texas filed a lawsuit against DePuy and Johnson & Johnson, alleging the companies knew the hip replacement devices were prone to failure but marketed them as lasting more than 15 years.

The plaintiff, Carrie Patrizi, says if she had known that she would face a second surgery to remove the DePuy hip implant, she would not have had it in the first place.

More DEPUY HIP REPLACEMENT News
The DePuy ASR is a metal-on-metal device that was thought to be more durable than ceramic-on-metal devices. The all-metal ASR device was recalled in 2010, after reports indicated a higher than normal failure rate. Patients may also be at risk for metallosis, a condition in which metal debris from the hip device comes loose and is absorbed by surrounding tissue. That can lead to high levels of cobalt and/or chromium in the patient's tissue.

An article in The New York Times (08/22/11), reports that the US Food and Drug Administration (FDA) has received more than 5,000 reports of problems with metal-on-metal hip devices since January 2011. Most of those complaints involved the DePuy ASR device and reflect patients who have had or will soon have revision surgery to remove a failed device.

Some experts reportedly worry that the metal-on-metal hip device problems will be the most costly medical implant problem since the Medtronic heart device recall. Approximately 75 percent of the complaints reviewed by The New York Times involved the DePuy ASR.

Posted by
Cheryl V Walker
on September 14, 2011
All patients involved PLEASE be ALERT to my MESSAGE. I was involved in a FRAUD KNEE SYSTEM just 6 months after receiving the #1 knee system in the Left Knee. I was in a 6 month plan to have both knees replaced 6 months apart with this #1 product.

My Surgeon was a paid CONSULTANT by one of the top 5 Device Orthopedic Companies found guilty for BREAKING ANTI-KICKBACK LAWS paying these surgeons of KNEES, HIPS for using their new products on patients. Also Surgeons were paid Royalties on the Products they used just as Oil Companies pay on Oil Drilling Surface rights......as if WE are a piece of SOIL or DIRT to them, forget their OATH to DO NO HARM !!!!!

Also know not only was I lied to going into having my other leg replaced thinking I was getting the Same #1 Knee System but also I have the COPY of the written REQUEST FORM the SURGEON made to my HEALTHCHOICE INSURANCE COMPANY asking for permission for payment of the Same # 1 Knee Product again. So the surgeon lied to my Insurance to pay Him for a FDA Un-Upproved Knee System.

To keep story short, this surgeon did not care I had spent 10 years having surgeries Fracturing the ends of my Femurs and Tibias a procedure to help prolong having knee replacements which bought me the years of not having replacements until I was 46 years old having come from the years of knee surgeries as an athlete before there was Arthroscopic Knee surgeries causing so much damage to my knee joints. I had my legs broke 6 times through those 10-12 years, but this surgeon did not even consider how EDUCATED I was or what Cost I Paid to MAKE SURE I NEVER had to have a 2nd KNEE REPLACEMENT.

I ended having 3 on that knee he LIED to Me and my INSURANCE Company he would put in the same #1 knee system as he did the other knee just 6 months before!

Not only that he was Paid by the company to Revise the Knee 2 more times but He also charged my HealthChoice Insurance Company ALSO. I HAVE the COPIES of what was charged and PAID so the Surgeon was paid 2 times.

I will attempt to make short but I hired attorneys to sue company so I would not sue the surgeon but they end stealing and collaborating against me.

What is explained aboved about finding this was NOT a RECALL but FDA UN-APPROVED is because this SURGEON ended Suing the Devise Company Fradulantly naming me as his reason to sue! Really, I was the one not even awake and being lied to, then I was lied to by my attorneys in my lawsuit attempting to do what was ETHICAL!

I cannot give all the NASTY DETAILS but LOOK FORWARD to the day my EVIDENSE will be shown. Do not listen to any of this BLUFF as you hear in the so called 'TALK'....... PATIENTS are in the rights....

This is all about the DEVICE COMPANIES RACING to beating the other to having something new on the market. I assure the Patients are not told all the truth and as in my case you and your Insurance Companies have paid most if not all the bill at least to the surgeons and then the Surgeons are paid again by these Device Companies.

Now Patients, your health is not going to ever be the same. My skin on my face has been open wounds now for over 4 years because NO ONE knows what is wrong but Doctors do not believe me about what has happened to me. BUT, the Surgeon, the Company, Nd My Paid Attorneys Deny me my Records so I can show what is or has been in my body plus the infection causing my femur and tibia to die. So the reason for these wounds on my face are just too strange Nd unknown.

I was too healthy and still an athlete at 46 still weight lifting and training never wearing make-up because my skin had always been clear. Now I have NOT acne but just strange wounds besides chills and just weak and fatigue and sick every day of my life at age 53 now.

This is not to scare you but to give you the ADVANTAGE I did not have. I want to be the Help to the Patients involved because this is not about hips with hips or knees with knees. This is about patients being lied to being used as lab rats into the unknown and now again Those Who Think They Are ENTITLED to Run Over Us because all we DESIRED was the Professions BASIC Product they Had Used for Years that we came to them and been sold on in the first place. All so We Could go back to Our Lives and Carry On......

Know this.... I was forced Into the Courts and into Settlements By the Surgeon Michael Williams advices by his attorneys Joe White before I could even go into my 2 revision surgeries along with Surgeon Williams telling me he would never speak against this Company did anything Wrong so I could never go outside and get an attorney and ever win. I wasn't even thinking anything but getting my surgery done and get back to work at that time.

I was thrust into settlements every time just so I could have my surgery done on this leg that was broke from a loose Knee Implant I had said was bad over and over for months on end.

Patients, beware, get your Insurance records NOW, and YOUR own medical records from all sites on your own, now. My wish is a means to help you all. My prayers are with you all and your future.

The Surgeons and Companies.... may GOD HAVE MERCY ON YOUR SOULS.