Issues surrounding hip replacement recalls and lawsuits—including DePuy Hip Replacement—will be refocused in the public consciousness yet again after a telling move by the US Food and Drug Administration (FDA) to require manufacturers of problematic hips to conduct post-market testing on their products. 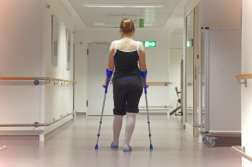 According to The New York Times on Tuesday, this is the broadest power the FDA currently has over medical devices after they have gone to market. It is also a sign that the federal regulator may be looking at the wisdom of allowing medical device manufacturers, set to introduce a new product substantially similar to one already on the market, to escape the prerequisite testing required of a new device.

While the FDA did not single out any one manufacturer, it was noted by The New York Times that the British Orthopaedic Association (BOA) had identified the DePuy ASR, since removed from the market in a Hip Replacement Recall, as projecting a failure rate in a stunning one-half of all patients having received the device within six years of implantation.

Artificial hips are expected to last 15 to 20 years.

Metal-on-metal hips had, until recently, been all the rage thanks to the expectation that an all-metal implant would be more robust and provide superior performance. In reality, the implants have been shown in some patients to shed minute metal particles and shavings, negatively impacting joint performance and surrounding tissue together with the introduction of metal toxicity to the blood.

More DEPUY HIP REPLACEMENT News
The New York Times noted in its story Monday that about 250,000 hip replacement procedures are performed each year in the US. Of those, roughly a third had been given the metal-on-metal devices—although in recent months their use has fallen off given concerns over failing implants and the pursuit of many a DePuy lawsuit.

The FDA is reported to have sent a communiqué to about 20 manufacturers on May 6, asking for the increased testing. Dr. William H. Maisel, the deputy director for science at the FDA's Center for Devices and Radiological Health, said in an interview May 10 that the FDA holds the view that all-metal devices provide certain benefits for patients. However, given the high failure rate—estimated by the BOA to range from 12 to 15 percent for all metal-on-metal implants within five years—the FDA feels a heightened focus is warranted.

The DePuy hip is one of the products requiring post-marketing study.