Johnson and Johnson subsidiary DePuy Orthopaedics has reportedly received a warning from the US Food and Drug Administration (FDA) about its DePuy hip implant. The Johnson and Johnson subsidiary is the same company that marketed the DePuy hip replacement devices, which were recalled in 2010 and linked to a high failure rate. Those metal-on-metal hip devices are now the focus of multiple DePuy lawsuits in the US. 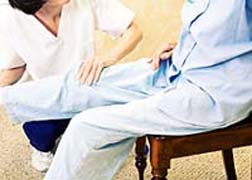 According to The Wall Street Journal (1/18/12), on December 8, 2011, the FDA sent a warning letter to DePuy Orthopaedics, warning that some of its hip, knee and joint replacement devices were improperly marketed. The agency noted that some products did not have the proper applications for premarket approval and further claimed that DePuy did not tell regulators that 14 products would be sold as custom devices.

DePuy defended itself, saying it believes it complied with FDA requirements, but decided not to sell the custom device. The FDA, however, said that the devices were too similar to regular DePuy implants to count as custom implants.

Meanwhile, a study undertaken in Britain by the Sunday Telegraph (1/28/12) confirms concerns about the potential for metallosis in patients with metal-on-metal hip implant devices. The study found that the risks associated with the hip implants could be much more dangerous than the warnings indicate, including a risk of toxic particles coming loose from the implants and causing the devices to fail. The Medicines and Healthcare products Regulatory Agency (MHRA) is set to release a new warning about the hip replacements.

Furthermore, the Telegraph (1/28/12) states, research indicates that the failure rate of the hip implant devices could be has high as 50 percent after six years. Traditional hip implants are generally expected to last up to 15 years. Finally, because of the metallosis, which can cause soft tissue damage, revision surgery for patients whose hip implants have failed can be complicated.

Patients in Britain have been warned that if they have a DePuy ASR or ASR XL they should contact their medical provider. The Telegraph noted that there were concerns that metal-on-metal fragments could slowly poison a patient's nervous system, heart and lungs.

More DEPUY HIP REPLACEMENT News
But, a different study, one whose early findings were also reported by The Telegraph (2/4/11), suggests patients who received the metal-on-metal implants could also be at risk of cancer and genetic damage. According to reports, the study found changes in the bladders of patients of more than one-fifth of the patients who were monitored after receiving the hip devices. Of 72 patients, 17 were found to have genetic damage and three reportedly developed cancer. The findings of that study have not been published, but were cited by The Telegraph. Researchers are reportedly still analyzing data from the study, while the MHRA has said there is no evidence of an increased risk of cancer in patients who receive metal-on-metal devices.

Lawsuits have been filed in the US alleging patients were harmed by use of the DePuy hip replacement device.