DePuy hip replacement lawsuits have spilled across the border into Canada, where DePuy now faces three class-action lawsuits, with the most recent filed in December 2010. More than 1,500 Canadian claimants received the DePuy hip replacements from 2006 until the worldwide recall in late summer 2010. 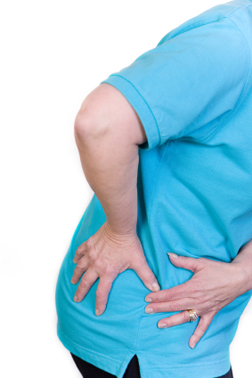 This latest class action, which was filed by a Canadian woman, claims that DePuy and its parent company Johnson & Johnson, knew for at least two years that DePuy ASR implants were failing about one-eighth of the time after only five years, and causing severe harm to patients. Hip replacement systems typically have a life span upwards of 15–20 years.

Most patients in the US who received the DePuy hip replacement are familiar with the DePuy recall that involved 93,000 of its hip replacements. But in Canada, many DePuy patients were unaware of the recall. "The defendants, however, consistently failed to disclose or warn Canadian patients of the significant risk of failure of the DePuy implants," the Nova Scotia lawsuit claims.

Reports regarding early DePuy hip failures started in 2007: the Australian Joint Registry—the second-largest database in the world after the England and Wales National Joint Registry—issued seven reports to DePuy that year. The ASR system was withdrawn from the Australian market in December 2009. DePuy finally admitted in March 2010 that the device was prone to early failure, and by August, the company had announced a wordwide recall of the ASR system.

DePuy Hip System first became available in Canada in 2006, so if you had your hip surgery in Canada prior to January 2006, the hip you received—so far—is not included in the DePuy recall.

More DEPUY CANADA News
One plaintiff, however, wants to bring a class action on behalf of all Nova Scotians who got DePuy hip implants from July 2003 onward. Jo-Anne Scharf of Nova Scotia received her implant in April 2005 and was informed of the recall on December 12, 2010, according to her lawsuit. Scharf is "concerned about the possibility of an early revision surgery and her blood ion levels as a result of her DePuy hip implant," it said.

Evidence has shown that the device can loosen, misalign, dislocate and/or fracture, creating abnormal or excessive metal debris in the hip socket. This metal debris can cause severe inflammation and life-threatening blood problems as the metal shavings make their way into patients' bloodstreams. The resulting cobalt poisoning is linked to serious health problems, including dementia and heart failure.