More DEPUY CANADA News
The president of Johnson & Johnson's DePuy Orthopaedics unit recently resigned to pursue other interests amid the company's hip replacement recall and resulting lawsuits in the US and Canada, The Wall Street Journal reports. 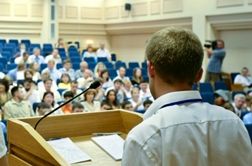 According to the news provider, David Floyd, who has been president of DePuy since 2007, will leave the company after a brief period of transition. Spokeswoman Mindy Tinsley said that a replacement has not yet been named.

The resignation comes after DePuy recalled specific hip replacement systems in August because of an unusually high rate of patients needing repeat surgeries, according to the news provider. During the fourth fiscal quarter, the company reportedly reserved $280 million for the treatment of those suffering consequences of the implants.

As a result of the hip replacement recalls, DePuy has faced lawsuits from people in the US and Canada. Most recently, a number of Rochester, New York residents sued the company claiming they were forced to undergo replacement surgery after being given the implants, according to the Rochester Democrat and Chronicle.