Did DePuy Canada or FDA Let Writer Down?

It was early in 2006 that respected Globe and Mail columnist Margaret Wente wrote about the trials and tribulations of hip replacement. Afflicted with arthritis, the active Canadian was barely 50, and in constant pain. X-rays showed the cartilage in one of her hips was gone. There was little room for optimism until, when doing research on hip replacements, she hit upon a new kind of hip replacement manufactured by DePuy Canada. 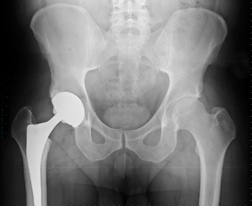 DePuy has since voluntarily recalled its DePuy ASR Hip Resurfacing System, which first became available in Canada in 2006, according to the DePuy Web site. Writer Wente actually appears to have received her hip replacement just a tad prior to thatï¿½about three weeks before Christmas of 2005, according to an essay summarizing her journey that appeared in the Globe and Mail, billed as Canada's national newspaper, on January 7, 2006.

"I am a walking testimonial to the daily miracles of modern medicine," the popular columnist wrote. "Inside my body is one of the best artificial hips available todayï¿½a cobalt-and-chromium implant manufactured by an Iowa company named DePuy Orthopaedics Inc."

Of course, that was before the recall in March of last year after it was found that a larger-than-normal percentage of DePuy Hip Replacement patients were finding their replacements prone to failure far sooner than the expected 20-year lifespan.

"It's made in two pieces," Wente wrote. "The cup sits in my pelvic socket, and the cap fits over the end of my thighbone. The cap has a short pin, which is inserted into the bone to anchor it. They are machined to fit smoothly, effortlessly together, and to rotate without friction. I can't tell the difference between my artificial joint and my real one, before it stopped working and turned me into a cripple.

"My new hip is an amazing piece of design."

However, since Wente's glowing essay was written in 2006, the DePuy Hip has since proven to be defective in a large number of cases, prompting the DePuy recall last March. A design flaw is suspected and named in several lawsuits launched by disgruntled patients.

The irony is that Wente's own, exhaustive research, undertaken in an attempt to take control of her health and determine the best product for her needs, was not reflected in the pathway that led to the introduction of the DePuy Hip Replacement to the market in the first place.

To wit, due to a loophole in approval protocol within the regulations mandated by the US Food and Drug Administration (FDA), the new product was not required to undergo clinical trial testing by DePuy Orthopaedics. Why? Because the DePuy ASR was essentially similar to other hip replacement systems on the market, DePuy was able to take advantage of a fast track to market.

Most new drugs and medical devices require clinical trials that can sometimes take years, but can yield significant benefit and spare the larger population as a whole, in the event of an unforeseen problem or flaw. While DePuy must answer to the alleged design flaw, or whatever is at the root of the failure rate, the manufacturer carries no responsibility for the short cut to market. The latter is the bastion and the responsibility of the FDA (and Health Canada, in that country). DePuy played by the rules.

Health advocates maintain the rules need to be changed, to avoid a repeat of the DePuy storyï¿½a story that has resulted in many a DePuy lawsuit.

More DEPUY CANADA News
As for Wente, the Globe and Mail writer was a fan five years ago. "A week after I went home, I was getting around with just a cane, and three weeks after surgery, I was allowed to drive again. Last month, she wrote on January 7, 2006, "I went out and bought some new clothes. This Christmas, three months post-surgery, I wore high heels. I felt fabulous. I can walk around the block again. I can tie my shoes. I can dream of hiking in the Rockiesï¿½"

It is not known if Wente is one of the patients for whom the hip replacement from DePuy Canada has failed, or her emotional response to a potentially functioning implant that has since been recalled. That, together with the disappointment that a product that seemed so promising, was not so promising after all.