In 2006, the FDA asked Abbott Laboratories, the manufacturer of Depakote, to add a black box warning to its epilepsy drug after a study found that 20 percent of pregnant mothers taking the drug gave birth to a child with depakote birth defects. A year ago, researchers found that depakote malformations could occur as early as the first trimester. Now Abbott is facing a barrage of depakote birth defects lawsuits. 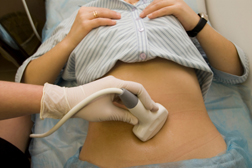 Alice says her son was born with lissencephaly—a rare brain disease that typically results in mental retardation, seizures and other severe disorders. Both Jessica's son and Erica's daughter, Madison, were born with a heart defect. All three women took Depakote during their first trimester. "I didn't even know I was pregnant and I was still taking Depakote," says Jennifer.

"My eight-month-old son has an under-developed right ear, he has no ear canal, he is deaf in the right ear, and he has craniofacial microsomia, where one side of his face is larger than the other," says Davida. "We want the drug company to be responsible for what he has gone through and what we will have to go through to correct this. "These malformations will affect his speech, learning and development. And he will require numerous corrective surgeries."

Craniofacial Deformities have been linked to Depakote, and attorneys are now looking at claims regarding craniofacial defects such as cleft palate, as well as spina bifida claims.

"I was prescribed this drug for epilepsy and I was concerned about whether to continue taking it when I became pregnant," says Connie (not her real name). I phoned my doctor to tell him that I was pregnant but he told me to continue taking it. A few weeks later I miscarried."

More DEPAKOTE BIRTH DEFECT News
Although Abbott Laboratories is facing a litany of depakote birth defects lawsuits, a number of doctors are still prescribing the epilepsy drug to pregnant women, believing the benefits outweigh the risks. (About 1 million women with epilepsy were of childbearing age in 2002.) According to one study, Epilepsy in Pregnant Women, M. Bruno MD, C. Harden MD, 2002, if seizures are poorly controlled, adequate seizure control is the primary goal. However, "these rules apply to grand mal…petit mal seizures are not so dangerous." While taking Depakote during pregnancy is indeed dangerous, the risks of birth defects to children are also dangerous. Anyone taking prescription medicine should consult their doctor before discontinuing it, and women who are considering becoming pregnant should consult their doctor—hopefully before reaching their first trimester.

(Currently, Abbot is discussing a settlement with federal prosecutors over claims that it illegally marketed Depakote. The drug company has been accused of promoting it "off-label" for patients with dementia and Alzheimer's disease.)