When It Comes to Depakote and Pregnancy, Be Pro-Active

“I am furious with the Depakote manufacturer and my doctors, and I blame myself for my son’s Depakote birth defects,” says Terry. “It has taken me many years to get past this, but what can I do? Maybe I can help someone else by getting the message out: Do not take Depakote.” 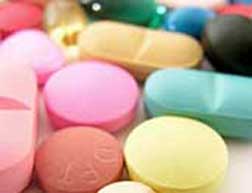 Terry (not her real name) was diagnosed with epilepsy as a child and she was prescribed Depakote to help treat her seizures. She was still taking the drug during the first and second trimester of her pregnancy - her son was born in 1998.

“My doctors recommended that I stay on Depakote, reasoning that it couldn’t harm the fetus and that Depakote birth defects rarely happen,” says Terry. “But I did my own research and found out so many things that can happen so I didn’t care what the doctors said. Besides, I hadn’t had a seizure in about three years. During that time, I was weaning myself off it - before I got pregnant my doctor had already started lowering the dosage, so I figured why not stop taking it altogether...”

Terry can’t imagine what could have happened if she had continued on the same dosage throughout her entire pregnancy. Even with a low dosage and stopping it in her third trimester, Terry’s son was born with Depakote side effects: he had an extra pinkie toe and no cartilage in either ear, which made his ears “floppy.”

“As well, when my son was born he had a fever, wasn’t eating and was generally unresponsive so he ended up in the hospital for a week,” Terry explains. “When he got older and started school, I had him in disability classes: It was hard for him to focus and he was emotionally troubled with anxiety problems so he couldn’t concentrate. In the past six years, I have taken him to several therapists. I figured if anxiety problems are clouding his mind we could fix them and he could get better.

More DEPAKOTE BIRTH DEFECT News
“Therapists did help. He started therapy in the fifth grade and continued for two years. Within that time his grades went up, and by the 7th and 8th grade, he graduated an honors student. He also had, at age nine, the extra toe removed because he was getting picked on. And when he was just three-years-old, I got his ears fixed.

“That is pretty much it. He went through a lot of pain these last few years. The therapists told me that the anxiety happened a lot with mothers who took Depakote during their pregnancy. I talked to the surgeons who operated on his ears and toe, and they said it could come from the meds I was taking; it was rare but it does happen, and it was definitely not a genetic issue.

“When I was pregnant, Depakote didn’t have anything on the label saying ‘Do not take when pregnant.’ I just figured it wasn’t good for a pregnant woman to be taking a medication like that. Back then, it was pre-Internet so I had to research from the library. Now I see online so many Depakote lawsuits. It is infuriating. And sad.”