When Stephanie discovered Depakote birth defects, she had mixed emotions: she finally had answers and with that some relief, but she is also furious with the Depakote manufacturer - and herself. “My 10-year-old son has a mild form of cerebral palsy and I have always wondered if the Depakote I took in the early months of my pregnancy was to blame,” says Stephanie, crying. 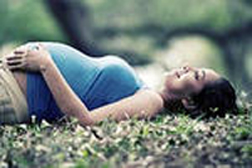 Stephanie isn’t the only mother who believes that Dekapote could be responsible for her child’s cerebral palsy (CP). Monica also has a child with CP. Sadly, she too found out too late about the dangers of Depakote, and she was too late to file a Depakote lawsuit.

“My son just had his third surgery due to his legs not forming properly and it just breaks my heart,” says Stephanie. “He has always had mental challenges and his condition is worsening; he needs to attend a special school and I had to quit my job to look after him. Another reason why I believe Depakote is to blame is because I have two other children - both born before my son - and I didn’t take any meds when I was pregnant with my two daughters.”

Cerebral palsy is caused by an abnormality or disruption in the brain and usually occurs during pregnancy, labor, delivery or the first three years. Causes include: random mutations in genes, maternal infections that affect the developing fetus, lack of oxygen or blood flow to the brain, infant infections that cause inflammation in or around the brain, traumatic head injury to an infant from a motor vehicle accident, fall or abuse. Both Stephanie and Monica said they had a normal delivery and medical malpractice was never considered.

More DEPAKOTE BIRTH DEFECT News
In early 2014, a Depakote lawsuit was filed on behalf of a child diagnosed with multiple autism spectrum disorders, whose mother took the anti-seizure drug while pregnant. The lawsuit claims that Abbott Laboratories and AbbVie, Inc., the drug manufacturers, knew or should have known of Depakote’s dangers and risks to a fetus when taken by pregnant women, including the risk of cognitive problems such as autism, and physical birth defects (e.g., spina bifida, atrial septal defect, cleft palate, hypospadias, extra fingers or toes, and craniosynostosis). Despite this knowledge, the lawsuit claims that Abbott and AbbVie aggressively promoted their drug to health care providers, including for off-label uses, even though there were other common drugs which were as effective or more effective for treatment of those conditions and which do not involve the severe risks such as Depakote birth defects.

Posted by
Dawn Booker
on August 15, 2014
Does anyone know if there is a statue of limitations on this? I took Depakote while pregnant at a army hospital, bad pregnancy, and my son had 7 hip surgeries and a back surgery..Otherwise Legg Calve Perthes in both hips and Slipped Capital Femoral Epiphysis in both hips, which I believe he is the only one ever that has both..But that started in 1996..