Depakote Birth Defects: “If Only We Knew”

Trisha says not a day goes by that she doesn’t regret taking Depakote during the first weeks of her pregnancy. “Had I known I was pregnant, I would never have taken this drug,” she says. “Now my son has to live with Depakote birth defects. 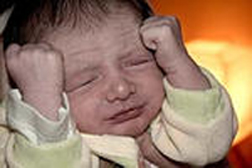 “Unfortunately my doctor never asked me if there was a chance that I could become pregnant when he prescribed Depakote to treat my seizures,” says Trisha, who didn’t know she pregnant until almost twelve weeks along. “It wasn’t unusual to miss a period, but after missing two, I thought there could be a possibility. I’ve been beating myself up for not knowing sooner, and I will never forgive myself.”

Trisha took Depakote after she had given birth to two healthy children. Her third child is now age 10 and has been diagnosed with a mild form of cerebral palsy. “My son is just recovering from surgery; the muscles in his legs and arms were tightening and not forming properly and he was in quite a lot of pain,” she says. “I also think he might have a mild form of autism. He has some minor mental ‘delays’ and we have to consider sending him to a special school. I can’t help but wonder if Depakote has caused these issues as well.

“I just recently saw the ads on the television about the link between Depakote and birth defects and now Depakote lawsuits. I shudder to think what could have happened to my son if I continued to take Depakote throughout my pregnancy.”

Steve’s wife took Depakote during her entire pregnancy because her doctor said the risk of seizure was greater than the risk of Depakote birth defects. “The past five years since Darren was born has been financially, emotionally and physically draining,” Steve says. “I was told by my wife’s doctor (we have since divorced) that Depakote was safe and not harmful in any way to the fetus. She didn’t know she was pregnant until well into the first trimester, and even then, when we had the ultrasound to ensure the baby didn’t have spina bifida, the doctor and my wife decided to stay on it.”

More DEPAKOTE BIRTH DEFECT News
Darren’s mother abandoned him when he was not yet a year old. Steve blames Depakote for her leaving due to Darren’s “behavioral issues” such as non-stop crying, tantrums and rages. Two years later, Steve remarried.

“We have learnt to live with Darren’s problems; he has been diagnosed with ‘Reactive Attachment Disorder’ but this condition is pretty much a prison sentence,” says Steve. “Although we have grown accustomed to Darren’s brain ‘misfiring’ regarding most basic tasks, our family lives on pins and needles every moment of every day. We recently had a neural psychiatrist evaluate Darren and we have no doubt it will show Fetal Valproate Syndrome. My son is victim to the ignorance of his mother’s doctor and the greed and blatant disregard of the Depakote manufacturer.”