One has to wonder about the true motivation behind large pharmaceutical companies who are called to the carpet for allegedly marketing their products off-label. Doctors have the authority to prescribe them that way, but for manufacturers such promotion is off-limits. Still, companies such as Abbott Laboratories Inc., the manufacturer of Depakote, are found to set aside millions, or billions of dollars to settle such charges, leading some to believe were the manufacturers to make more from off-label revenue than the cost of a fine, then unethical promotion is just a cost of doing business. 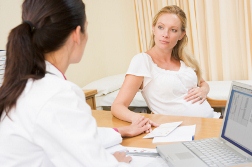 Back in May, Abbott agreed to a $1.5 billion fine to settle charges related to accusations of off-label marketing of Depakote, a drug used to treat epileptic seizures that carries various risks for expectant mothers, including Depakote birth defects.

The foregoing is the foundation of a recent Depakote lawsuit originally filed in June by 27 plaintiffs in Illinois Southern District Court.

Such birth defects are the worst basket of Depakote side effects, given that the various ways in which a child might be impacted could stay with that child well into adult life. Further, the various avenues to surgically correct and treat such deformities could measure into the hundreds of thousands of dollars in costs—funds that many Americans may not have.

The Depakote lawsuit alleges that manufacturer Abbott knew about the potential for birth defects, but failed to warn consumers and their doctors of those risks.

"Even now, when medical science has proven beyond all doubt that one out of every eight or ten babies whose mothers take Depakote during the first weeks of pregnancy will suffer some form of major congenital anomaly, Abbott refuses to state that risk on its product label, instead obliquely referring to a misleading statistic regarding a single specific defect," the suit states.

According to the lawsuit the children of the 27 plaintiffs have suffered "severe and permanent injuries and experienced physical impairment, disfigurement, pain and suffering."

The US Food and Drug Administration (FDA) deems a drug to be safe for consumer use if the benefits of the drug for the intended indication, outweigh the risks. While epileptic patients have found Depakote to be effective in the mitigation of seizures, the potential Depakote side effects are exacerbated when the Depakote user is a woman of childbearing age. The potential harm to a fetus, and the resulting heartbreak of realized Depakote birth defects, is incalculable.

Posted by
david bennett
on September 10, 2016
i am a disabled veteran who was prescribed 1000mg daily of depokote by the VA as a "mood stabilizer" took pharmasudicals for 3 years, now bright lights and loud noises give me headaches and a host of other long term life altering side effects.