Determining whether a drug's side effects include a risk of birth defects can be difficult, but researchers have reportedly linked Depakote side effects with an increased risk of Depakote birth defects. For women taking Depakote, the question of whether the drug outweighs its benefits may be an especially important one to ask. 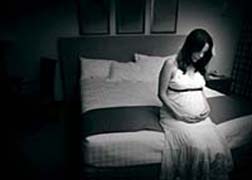 According to researchers, whose data was reported on by ABC News (6/10/10), the risk of spina bifida—a serious birth defect—increased more than 12 times when mothers used Depakote during the first trimester. Other birth defects that increased with use of Depakote were atrial septal defect, cleft palate, hypospadias, craniosynostosis and polydactyly (more than five fingers on one hand). Each of these defects was increased by between two and seven times when the infants were exposed to Depakote prior to birth.

The study did not show whether it was the use of Depakote that increased the risk or the condition the Depakote was used to treat that increased the risk of birth defects. Information from the US Food and Drug Administration (FDA), however, indicates that use of Depakote while pregnant is linked to birth defects. The information label for Depakote states, "Data suggest that there is an increased incidence of congenital malformations associated with the use of valproate [Depakote] by women with seizure disorders during pregnancy when compared to the incidence in women with seizure disorders who do not use antiepileptic drugs during pregnancy."

The strongest risk is reportedly of neural tube defects, including spina bifida, according to the FDA.

More DEPAKOTE BIRTH DEFECT News
Meanwhile, Abbott Laboratories, maker of Depakote, faces possible legal action over its marketing and sales of the anti-seizure medication. According to The Wall Street Journal (2/21/12), the drugmaker set aside $1.5 billion to cover the cost of an investigation by the Justice Department into allegedly illegal marketing of Depakote. Attorneys general in eight states have also joined forces to investigate whether Abbott illegally marketed Depakote for off-label use.