Continued concern over Depakote and its association with potential birth defects has prompted the federal drug regulator to issue additional warnings about valproate (Depakote). The US Food and Drug Administration (FDA) will be adding new warnings to the drug’s labeling. Depakote, which is indicated for the treatment of bipolar disorder and seizures, is also widely prescribed to treat migraine headaches. 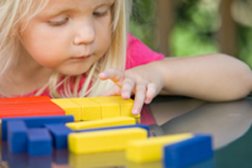 According to Tulsa World (5/7/13), the FDA released a statement on May 6, warning doctors and women of childbearing years about a collection of medications that should not be taken by pregnant women. Depakote was one of the medications highlighted in the report.

The concern, according to the FDA, is that valproate could serve to negatively impact a child’s intelligence if the mother continues to take valproate (Depakote) while pregnant, and thus risk Depakote birth defects.

Pivotal to the FDA position is a study conducted by Emory University and released earlier this year that demonstrated drugs containing valproate (Depakote among them) were associated with an 8- to 11-point reduction in IQ scores in children at age six. Previous studies have shown similar findings in children at age three.

The study, according to experts, provides regulators with additional insights into the darker side of valproate and the Depakote side effects that can ensue. “We have even more data now that show the risks to the children outweigh any treatment benefits for this use,” said Russell Katz, the FDA’s director for neurology drugs, in a statement released May 6.

More DEPAKOTE BIRTH DEFECT News
Depakote, amongst other drugs that contain valproate, is commonly prescribed to treat seizures, bipolar disorder and other manic-depressive conditions. However, it is also indicated for the prevention of migraine headaches - a condition that affects a greater segment of the population than does bipolar disorder. Given the prevalence of migraine headache stemming from work-related stress, together with the trend for pregnant career women to continue at their jobs right up until their due dates, the potential for such Depakote birth defects related to cognitive capacity and intelligence level remains a concern.

The FDA statement noted that prescribing information for Depakote and other valproate-based drugs already carries a boxed warning for Depakote birth defects. However, the FDA indicated it would mandate additional warnings with regard to the potential for cognitive impairment and reduced IQ should women of childbearing age ingest valproate for any reason, while pregnant.