To deny disability insurance based on sexual preference is a violation of the law, yet the Department of Veterans Affairs (VA) apparently disagrees with the Supreme Court. A denied disabilities lawsuit filed against the VA in 2010 is back in the spotlight: a few weeks ago a US Senator joined the veteran plaintiff to demand that the VA get on the same page as other federal agencies. 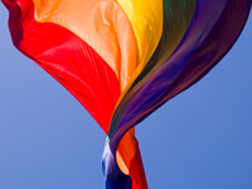 Even though the US Supreme Court ruled that same-sex married couples are entitled to receive the same benefits as any heterosexual married couples, the VA disagrees: it denied US Navy veteran Carmen Cardona an increase of $150 a month in her VA disability compensation. So Cardona filed a federal lawsuit: she is the lead plaintiff in a case (still pending) before the US Court of Appeals for Veterans Claims.

Just last week, Senator Richard Blumenthal petitioned the White House and the U.S. Attorney General’s Office to intervene, which he said would resolve the case “within a matter of minutes.” He said that the VA should abide by “the law of the land” and provide health, disability and any other benefits veterans’ spouses are entitled to, regardless of sexual orientation, provided they were married validly in a state that recognizes this marriage.

But the VA is lagging because of definitions. In July 2013, VA secretary Gen. Eric Shinseki wrote to Blumenthal’s office that certain provisions of the US Code “define ‘spouse’ and ‘surviving spouse’ to refer only to a person of the opposite sex. Under these provisions, a same-sex marriage recognized by the state would not confer spousal status for purposes of eligibility for VA benefits.”

More DENIED DISABILITY INSURANCE News
Cardona married her partner in Connecticut in 2010, and applied for her monthly disability compensation increase because she was newly married. But the VA office in Hartford cited a federal statute that defines a spouse as “a person of the opposite sex” and rejected her application. Cardona’s attorneys argue that the government’s definition violates her Fifth Amendment right to due process and the VA has illegally denied her Navy disability benefits.

Jennifer McTiernan, a law school intern who has been helping Cardona, said it is difficult to estimate how many veterans and their spouses might be affected nationwide by a change in VA benefits’ eligibility rules. As of September 3, 2013, the Department of Defense will extend all eligible benefits to spouses of same-sex married active duty military members. The VA should be embarrassed that it is denying disability benefits to its veterans like Carmen Cardona, who served in the Navy for 18 years. “To deny these families equal rights and benefits is a grave injustice unworthy of our great nation,” said Senator Blumenthal.