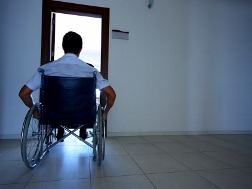 The companies have also agreed to change the claims handling process, provide a program so that the new claim procedures can be applied to wrongly denied claims and pay fines of more than $1.6 million. Other states involved in the settlement were California, Connecticut, Massachusetts and Pennsylvania.

According to documents from the Maine Bureau of Insurance, an investigation into the claim handling practices of the three companies began on September 15, 2009. Among concerns were that the companies’ claim handling practices did not conform with the Unfair Methods of Competition and Unfair and Deceptive Acts and Practices in the Business of Insurance Model Act (1972), and the unfair trade practices acts of Maine and Massachusetts.

Regulators said Cigna denied claims that should have qualified for payment of benefits, including new and ongoing claims.

Unfairly denied insurance claims is a common complaint among those who take issue with insurance companies. Allegations have been made that claims are unreasonably delayed or denied through highly unethical means, including requiring duplicate paperwork being sent, claiming required paperwork was not received, or ignoring or contracting the medical opinion of the claimant’s medical professional.

When insurance companies have been found to practice bad faith insurance, claimants may be able to file a lawsuit or an appeal.

I think OUR LAWMAKERS MUST pass some laws to prevent employers and their WC surgeons from doing this to us. I couldn't believe the doctor said "SOMETHING" was wrong, but not sure what. Wait and SEE. I'm sure at two years, when company is off hook - it will be an emergency.

Our LAWMAKERS need to do further investigations of companies who are happy to take our premiums, but when it comes to a claim, THEY ALONE can decide if we qualify. THEY will always say NO. THey DENY regardless to see if they can wait you out. THat should be illegal. I asked CIGNA to send me to one of their doctors so I could prove I qualify for LTD. I have a disabling condition plus failed back surgery, need neck surgery, replaed ACL, knee replacement and a hip replacement. I'm in constant pain. I don't have a life - I can't do anything. But yet, they want to downplay my pain and act like you said - DEAL WITH IT and MOVE ON.

I'm glad CIGNA is under court ordered supervision, but they need to expand that to ALL states - have independent review of all cases they are trying to deny. I know there are people who scam, but I'm worse off than (my doctor said this) - than 99% of people currently on disability. But yet, they are trying to make me make a bad decision b/c I only have $100 left to my name. I had to spend one of my 401K's over the last five years to have four surgeries. I shouldn't have had to do that - but nobody else was going to give me any money - and you can't have that many surgeries without money - I needed to eat.

I make sure my premiums are paid - I ask my family to pay it if nothing else. I'm sure they will have to stop at some time - but I will find a way - if I have to start selling things. I'm disabled on a current LTD policy and they shouldn't be able to all of a sudden declare me cured when not even my doctor has said anything positive - I'm worse off than went the approved it. They ought to have to pay their customers a settlement when it is found that they denied a fair claim. That might stop them from denying cases that qualify. If it would cost them $100,000 if they deny and it is subsequently found by an independent doctor that they are wrong (they aren't exactly wrong - they are lying - they know I qualify). Keep the faith, and DO NOT just go back to work - that is what they want. (ANd companies DO set you up for failure so they can fire you and get them off their liability list. Our LAWMAKERS should do something about this to ensure they don't get away with this.

Posted by
claudine cloward
on June 7, 2013
I worked (on w.c) at Aarons Inc. I was injured during a shift on Valentines Day this year,A sofa that previously 3 of us had to deliver because of the weight and I injured my foot.. On This delivery way after hours only two of us delivered and I injured my back,I have Cigna and they sent me a letter stating I was out on family leave and not injured at work.they sent me a bill for my premiums which with what im getting on w.c would leave me and my 4 dependents 700.00 a month barely to live on.the fact is I am not on family leave I am out because of injuries.i called and left messages and no responses.I am still not able to work and the occ.health doctor told me on the last visit there's nothing I can do "learn to live with it"
I said well I need a M.R.I to see what's going on.
It was denied..this entire Cigna and Travelers makes you loose faith in the Company in which you work your butt off for doesn't offer any help.I will not "learn to live with it!" I want to be well and take care of and provide for my family!!!! I am frustrated and even worse this retaliation from this employer started with sexual harassment and they got worse from there..

Posted by
Eugene Booker
on June 2, 2013
I was employed with Mobil Oil Corp. (ExxonMobil) for 34 yrs. I became ill with diabetes. resulting in the loss of portion of my right foot (all toes) in 2003 and finally the lost of my left leg. (BK) I filed for total disability with an attorney which was denied. However, to this date they continue to contact me regarding my disability. Please help me!