If you are considering Standard as your insurer, Tanya advises that you think twice. “Standard has acted in bad faith over and over again,” says Tanya. “They denied my disability claim verbally but won’t send a denial letter, which is holding up my appeal. I believe this stall tactic is illegal.” And so does Tanya’s attorney, who is about to write Standard a demand letter. 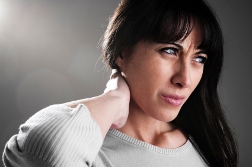 Tanya filed two claims with Standard. The first one was denied due to a pre-existing condition: Tanya has a degenerative disc disease but she was covered—three months-- for short-term disability. (She filed the claim in January of this year and had neck surgery in October.)

The second claim is why Tanya believes that Standard is acting in bad faith and why she needs an attorney.

“I started having severe hip pain in March and my doctor sent me for numerous tests, including MRIs,” says Tanya. She was diagnosed with Piriformis syndrome, a neuromuscular disorder that occurs when the sciatic nerve is compressed or otherwise irritated by the piriformis muscle. According to WebMD, “MRIs may be required to rule out other causes of sciatic nerve compression, such as a herniated disc.” Standard is trying to prove that Piriformis syndrome is related to Tanya’s neck problem and therefore a pre-existing condition…

“I filed the second claim at the beginning of June, and collected all the medical reports, proving that it is not related to my neck and spine,” Tanya explains. “The MRIs show that my spine is perfectly normal (I had a lumbar MRI) and my doctor’s reports state it is muscle, not joint. I have pain when I sit for 20 minutes or longer and that is explained in my treatment.

"Standard replied about a month later. They are insisting that all of my medical records need to be reviewed (more than what I gave them). This includes every doctor that I have seen since the beginning of January—they are trying to prove that this syndrome is due to my neck condition.

"After my doctor advised surgery on my neck, I decided to get a second opinion at the University of California Medical Center (UCSF). Standard says it has to get all of my records from them, even though it is unrelated to this second claim. As well, Standard says that they never even received my release consent for them to obtain my medical records—two stall tactics.

"By the end of September, Standard had stalled long enough: I told them to review my claim as is, without further documentation from UCSF. At this point it was getting ridiculous.

"I went ahead anyway and scheduled my neck surgery for October 29. Standard verbally denied long term disability benefits on October 15th. The crazy part is that I didn’t receive any written denial. By phone, Anand (my Standard rep) told me that he is denying my claim because the Piriformis syndrome is not disabling enough and I should return to a sedentary job. But I am unable to work in a sedentary position.

"When Anand gave me this verbal denial, I asked for a written denial. He said it would get to me within a week. I never got it. I have now sent him two emails, faxes and certified mail. No response. They know I cannot do anything; I cannot pursue Standard with punishment or damages pursuant to ERISA because I have a group policy. Even though they are acting in bad faith my hands are tied, and they have done this on purpose."

More DENIED DISABILITY INSURANCE News
Tanya was unable to afford the co-pay for her neck surgery, about $1,000. And she has been out of work for almost the entire year. She figures that Standard owes her about $50,000—it is crucial that she receive her long-term disability benefits.

However, she remains optimistic. “Right now I am getting treatment with injections and physical therapy and I recovering well from my neck surgery, so there is an end in sight,” she says. “I see my surgeon next week and he thinks I can go back to work about mid-January, as long as she can get an ergonomic desk--the kind where she can stand up.

"But I am so frustrated because I can’t appeal Standard’s denial until I get the denial letter—I think this is completely illegal.”

Posted by
Beth Slowey
on April 7, 2013
ALJ judge Fung Redding, Ca wants more information from my Dr. Even though she signed all correct paper work and the VO lady present was in my favor! My attorney failed me also..he did not fight on my behalf but caved.. So I going to get more info from Dr. ..I have three years of medical info on my side. This should have been a slam dunk! Wtf