It is increasingly apparent that wrongly denied disability claims can be the result of a system that is broken and in need of repair—in so much as it is also true that individuals who don't qualify for disability, are benefitting from disability benefits. 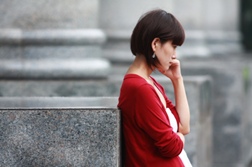 In some cases, where you live has a lot to do with whether, or not you wind up with approval in a timely fashion.

According to The Washington Times (9/13/12) investigators scrutinized 300 cases in which a disability claim was approved. And yet, according to those investigations, adjudicators charged with approving or denying a claim ignored potential red flags, such as incomplete or inconsistent information.

In some cases, individuals entitled to disability within the confines of the current system, might perhaps be denied were the adjudication system to have the benefit of an overhaul. One case cited by The Washington Times is a man living as an 'adult baby' and collecting disability payments even though he appeared on a reality television program successfully displaying carpentry skills. The man also maintains a web site for other 'adult babies'—individuals of adult age who display baby-like tendencies, such as wearing diapers and sleeping in adult-sized cribs.

While the individual in question was cleared of wrongdoing when measured against the current adjudication environment, critics note that criteria needs to be updated. For example, the list of jobs adjudicators use when finding for, or against a disability claim hasn't been updated since the 1970s, a time when personal computer skills—today a source for many successful careers—had yet to appear on the horizon.

Senator Tom Coburn told The Washington Times his committee would next scrutinize a basket of cases where disability was denied. "My worry is we're going to find a lot of people this system was designed for, that didn't get disability," he said.

Meanwhile, service personal returning home from active duty abroad and applying for VA benefits may have to wait longer depending upon where they live. An analysis by the Center for Investigative Reporting noted that service personnel who live in sparsely populated areas generally receive benefits more quickly than those living in urban centers.

For the latter, personnel can wait, on average up to nine months for approval.

For some, like former Marine Adam Fields, it can take even longer. The Modesto, California resident has waited since November 2010 for a ruling related to his claim for benefits stemming from traumatic brain injury. "It's a slap in the face," he told the Modesto Bee (9/4/12).

According to Insurance Law & Litigation Week (9/17/12) Dr. Clifford McLaughlin, a licensed chiropractor decided in 2003 to scale back his practice and began studies for a career in nursing. He continued to pay insurance premiums for his disability policy as a chiropractor, which he continued while maintaining his studies.

At some later date Dr. McLaughlin developed basal joint arthritis in his left thumb, which precluded him from continuing as a chiropractor, and he submitted a claim to Berkshire Life Insurance Co. for benefits.

More DENIED DISABILITY INSURANCE News
McLaughlin sued after Berkshire failed to either affirm, or deny his claim. A trial court found that even though McLaughlin was unable to function as a chiropractor from June 2007 through August 2008, he was nonetheless able to perform the duties of a nurse and as such could not be viewed as totally disabled.

McLaughlin appealed, and the Massachusetts Court of Appeals reversed the trial court's ruling, finding that McLaughlin's policy pertained to a certain skill set—in this case, the duties of a chiropractor. In sum, if McLaughlin could no longer perform as a chiropractor, even while having the capacity to work in another profession, that work did not preclude the plaintiff from the right to collect from a policy undertaken to protect against the specific skill set as chiropractor.

Thus, the lack of a decision on the part of the insurer was, in this case, an act of bad faith.

McLaughlin had taken out, and maintained the policy in good faith, throughout.

Click to learn more about LawyersandSettlements.com
LawyersandSettlements.com is an online news and information site for the general public and legal community. As a legal news resource, we have emerged as an independent & trusted voice. We provide detailed and quality information on various lawsuits filed including Insurance Cases, Financial Cases, and Personal Injury Cases.