Two companies involved in the manufacture and distribution of an upscale dog food known as “Cocolicious” are the subject of a class action lawsuit filed in Los Angeles County Court. The suit alleges Party Animal Inc. of California and Evanger’s Dog and Cat Food Company of Illinois are responsible for selling cans of Party Animal dog food that, according to a Texas A&M testing of the dog food, contained the animal euthanasia drug pentobarbital. 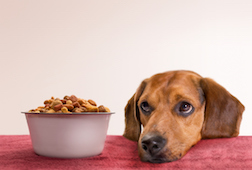 The lawsuit charges that the dog food was made using animals that have been euthanized.

“From our research it shows that Evanger’s was buying dead carcasses that had likely been put to sleep by vets and mixed in with that would supposedly be organic meats and vegetables. So that is how the dog food became tainted,” says Braugh who is the attorney for the lead plaintiffs and other members of the class.

The class action documents, filed in Los Angeles County Court, claim Party Animal Inc., in collaboration with Evanger’s, “sold canned pet food that contains substances that are toxic to animals and have resulted in the serious illnesses or deaths of animal around the United States.”

It further alleges that “Party Animal is mislabeled as organic and mislabeled as to its healthy ingredients such as fruits and vegetables and simply does not contain the wholesome substances it purports to contain.”

“The FDA has regulations on what can and can’t be added to dog food and the labelling and that is part of the case as well. We just don’t believe from our initial investigation that the labelling is appropriate and accurate. They are selling this as healthful dog food and it is making animals sick,” says Braugh.

In December of 2016, in San Antonia, Texas Wendy Black, the lead plaintiff in the case, agreed to foster a little Schnauzer called Bianca. Black had the dog groomed and took her to the vet for a full checkup. She had some tumours removed and had some dental work done. Bianca was good to go – blood sugar levels were normal and no sign of diabetes.

Black bought six cans of “Cocolicious” Party Animal organic dog food – three cans of Chicken/Beef and 3 cans Beef/Turkey for Bianca and began feeding it to her.

By the beginning of February 2017 the dog was lethargic, slept all the time and didn’t even want to stand up. On February 3 Black took the dog to the vet. Bianca was shivering, throwing up, defecating, sweating and panting, dizzy and weak and refusing to eat.

Over the next month Black noticed Bianca was on roller coaster. The dog’s condition seemed to coincide with the type of food she ate. She would be sick for few days. Black would switch the food and she got better.

By March 2, the dog was again in serious distress. Her vomit smelled extremely foul and she defecated non-stop. They went back to the vet. The dog’s blood sugar levels were elevated and she was diabetic. Black now had bills totaling over $1,500 related to Bianca’s health.

Black began to suspect Party Animal dog food was the problem. She stopped feeding Party Animal to Bianca.
She contacted the Pet store and arranged for a Texas A&M lab to test the Party Animal canned food she had on hand.

Bianca is now an energetic normal little dog. However, Black alleges the dog’s diabetic issues are due to internal damage suffered as a result of eating Party Animal.

Party Animal, in a statement on its website, says it has recalled the lots in question and have subsequently tested other lots as well. It is also in discussions about its manufacturing process with its supplier Evanger’s Cat and Dog Food. The company also says, “The safety of pets is and always will be our first priority. We sincerely regret the reports of the discomfort experienced by the pet who consumed this food. As pet parents ourselves, we take this matter seriously.”

More DEFECTIVE PRODUCTS News
All persons in the United States who purchased Party Dog food between April 2013 and April 2017 are eligible to join the class action. The lawsuit seeks compensatory and punitive damages for all persons who suffered out of pocket costs, related to the injury, illness or death of an animal who ate Party Animal dog food.

It also asks that ingredients be clearly stated on the can and that no euthanized animals be used in the production of dog food.

The class action has yet to be certified.

Posted by
pornodom.top
on January 9, 2023
I am incessantly thought about this, thanks for posting.
Posted by
incestsex.vip
on June 6, 2022
Really enjoyed this post.Really thank you! Keep writing. makaberzux
Posted by
Patricia Redmon-Payton
on July 9, 2017
Yes I had bought this Product back in 2013 for my Puppy had to stop using it because she starting acting differently eventually after a while I didn't know what was going on with her she was not responding to myself and Husband took her to the Vet and was asked what Brand of Food was I feeding her and I said Party Animal Chicken and Beef and was told she had a Stomach Virus and she has had besides the Vomiting and not eating she also had and still has excessive Ear Problems. She would not move and stopped eating so the Vet filled her up with Fluids and Antibiotics and gave me a Brand of Dog Food he has at his Office and told to Hand Feed and give her Water by Dropper and bring her back for a check up after about 3 Weeks he became better but as of Today July 2017 I have continued to had Feed Her because she does not trust Food unless I give it to her. PLEASE ADD MY PUPPY AND I TO THE LIST OF COMPLAINTS. THANK YOU