US Supreme Court justices have made a ruling that defends the rights of companies that produce defective products. Manufacturers that produce devices for medical procedures such as knee and hip prosthetics, heart defibrillators, and breast implants are being granted immunity from being sued by patients for defects.

The Supreme Court has ruled in favor of these companies due to FDA regulations. The Supreme Court feels that the companies should be granted immunity since these products are not on the market until they receive FDA approval. The manufacturers are only granted the immunity if they completely manufactured their devices to the requirements of the FDA. Patients who sustain injuries from such products would have a difficult if not impossible chance of fighting the manufacturer in a court of law even at the state level. 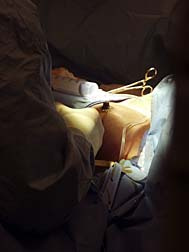 State court judges have been asking whether current cases of this nature should go any further due to the ruling. A Florida court judge questioned legal officials as to whether a case of alleged injury stemming from a Cypher heart stent needs to run its length. No decisions one way or the other have been made at this point.

More News
Concerns are arising throughout several camps due to the ruling. Many believe this will take away the rights of people to bring litigation against manufacturers they believe wronged them. Others are concerned that the Food and Drug Administration will be the only line of recourse anyone has against defective medical devices and drugs. The concern arises since some medical devices and drugs the FDA has approved in recent years have proven to be defective or harmful. There are manifold worries that the FDA is operating with outmoded computer equipment, not enough manpower, and not enough crucial research. FDA officials have said that many upgrades are ongoing to its operational procedures. They have attempted to reassure those who are concerned on several occasions that they are up to the task of protecting the American public from such defects.

Many in Washington were shocked that there wasn't a split decision between liberals and conservatives regarding this issue in the Supreme Court. Some in Congress are baffled by the ruling and never thought they would see such immunity granted to the companies. During the 1970's the need for regulation for many medical devices became a concern with advances in medicine.