Defective Products vs. The Supreme Court. They Fight, You Lose

According to the alert a gasket in the furnace, fuelled by either natural gas or propane, could fail—posing a risk of poisonous carbon monoxide gas leaking into the home.

Carbon monoxide is odorless and colorless, adding further fuel to the fire, as it were. So far there have been 11 reports of carbon monoxide leaking from the Japanese-made furnace, according to the manufacturer. There have been no injuries or deaths—yet. 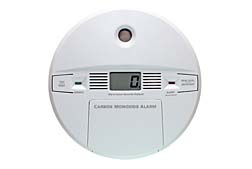 What makes this recall, and the potential for injury or death all the more compelling, is the US Supreme Court decision this week that prevents patients inured by medical devices from suing the manufacturer in State court, provided the device was approved for marketing by the US Food and Drug Administration (FDA), and manufactured to FDA specs.

A furnace is not a medical device. But the near-unanimous Supreme Court ruling suggests that storm clouds might be building over other pockets of the consumable landscape.

It has been suggested that the US Supreme Court may make a similar ruling this coming fall in a drug case. A like-minded ruling could set a similar legal precedent that might prevent a patient from suing a drug manufacturer over alleged injuries stemming from an allegedly defective drug, if the product was approved by the FDA and made to FDA specifications.

It has been said that the Bush Administration has been trying to soften federal regulations and weaken regulatory agencies, as well as do an end-run around the power and authority of State courts to impose tougher standards.

This latest US Supreme Court ruling, supported by eight of the nine Justices, does just that.

In a stinging editorial in the New York Times on February 22nd, the FDA is cast as an unworthy recipient of the implied trust reflected in the majority opinion penned by Justice Antonin Scalia, to serve as guardian over the public good where medical devices are concerned.

In the opinion of the Court, the FDA is eminently better qualified to manage and interpret the intricate details and environments of medical devices and their alleged failings, than any State jury.

This, at a time when the FDA has been widely criticized as being ineffectual, under-equipped, under-funded, and according to some, holding a bias that favors business.

A spate of recalls involving products from food, to drugs to children's toys—many of which are manufactured in foreign countries or made with raw materials sourced off-shore--has weakened the public trust in the FDA.

The latter agency's role in the Trasylol debacle, and the dragging of its heels for almost two years before finally shepherding Trasylol off the market, adds further weight to that criticism.

And now, the Supreme Court has just handed the FDA a gold standard it has, some may suggest, most assuredly not earned.

Sponsors of the 1976 amendments to the Medical Devices Act, including Senator Edward Kennedy, reveal that it was never their intent to grant manufacturers immunity from lawsuits over injuries caused by their devices. They have called for Congress to correct the situation.

In the meantime, pharmaceuticals will have their day in court in October, and will likely use this month's Supreme Court ruling on medical devices as fodder for their arguments.

And could the pre-emptive pendulum also swing to the CPSC? The consumer products watchdog has also been criticized for being cozy with manufacturers, and while sorely lacking in funding and resources to counter today's globalized commerce, it has been reported that the agency has resisted additional help from Congress.

Could the day come, therefore, when the family of a father, mother or child injured or even killed from the carbon monoxide released from a failed Rinnai EnergySaver Direct-Vent Wall Furnace, is denied their day in court over a defective device?

More News
And without the right to sue, what then governs a manufacturer in the creation and issuance of safe products? Moral integrity? Reputation? Sadly for most corporations, such lofty ideals often take a back seat to the bottom line.

The model number is printed on the top of the rating plate located on
the right side of the unit. The recall includes only those units
manufactured from February 2000 through December 2007. The manufacturing
date code is the first four digits of the serial number, written as YY
MM, and is located at the bottom of the rating plate.