Calls for Grand Cherokee Recall Due to Rear Collision Fires

Owners of various models of Jeep vehicles, known for ruggedness and their go-anywhere stance, may not be overjoyed at the news that some vehicles in the Jeep line are defective and prone to explosions and fire, if struck from behind. 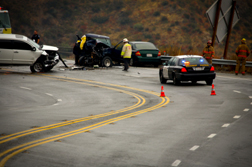 According to a story appearing June 15 in The New York Times, three independently conducted crash tests have revealed the problem. The latest, according to the report, was conducted just last month.

The CAS notes that the problem lay with the fuel system of the Grand Cherokees built by Chrysler over a 12-year period prior to 2005. Specifically, a fuel tank that is placed next to and slightly below the rear bumper. Cherokee models built from 2005 forward have fuel tanks in a more forward position in front of the rear axle, rather than behind.

The CAS wants the vehicles recalled.

A spokesperson for the advocacy group noted that rear-impact crash tests done on vehicles from 1995, 1996 and 1999 all resulted in "significant" gasoline leaks from the fuel tanks capable of triggering a catastrophic fire or explosion that could prove a hazard for occupants of both vehicles.

The breaches in the tanks were found to have occurred with a rear impact at 50 miles per hour. In contrast, similar vehicles of the same era competing with the Cherokee and featuring a more forward-positioned fuel tank withstood rear impacts at 70 miles per hour without a breach in the gas tank. The fuel system remained intact.

One of those competitors is the Ford Explorer, which, in 1995, "showed vastly better fuel system integrity than its contemporary peer 1995 Jeep Grand Cherokee," the center said last month in a letter to the National Highway Traffic Safety Administration (NHTSA).

It should be noted that CSA has been lobbying the NHTSA to launch an investigation for two years, revealing that its own sleuthing found "172 fatal fire crashes" that resulted in 254 deaths involving Grand Cherokees from the model years 1992 to 2008 inclusive.

Among the fatalities was a four-year-old girl who perished while riding in the second row of seats in a 1993 Jeep Grand Cherokee. While the child's car seat helped the little girl survive the rear impact, she died in the ensuing fire.

Chrysler noted that Grand Cherokees of that era were built according to the requirements of the day—which allowed for a small leak of fuel following a rear crash at 30 miles per hour. Critics have long petitioned federal regulators that the requirement was too lenient.

In 2005, the protocols were changed. Vehicles at that time were required to withstand a crash at 50 miles per hour while maintaining the integrity of the fuel system. Chrysler complied, but according to reports moved the fuel tank forward due to a change in location for the spare tire from inside the vehicle, to a station underneath and to the rear of the vehicle where the fuel tank had been.

It is not known if Chrysler is considering a recall.