St. Jude Battery Failure, Delayed Recall and it all comes down to Money

The battery seems to have run out, so to speak, on St. Jude’s recall process. The company made a change to its battery design back in 2015 but didn’t acknowledge the reasoning behind the design—until the lithium battery defects were confirmed internally. 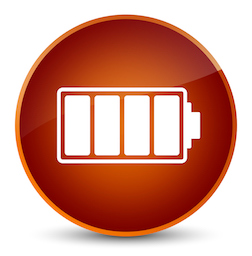 The FDA finally initiated a Class I recall (the most serious kind, that can cause severe adverse events and even death) in October, 2016, citing premature battery depletion (a full list of affected devices are on its safety alert page.) Specifically, deposits of lithium (known as “lithium clusters”) can form within the battery, causing a short circuit. If the battery unexpectedly runs out before the patient has time to have it replaced, the defibrillator (the ICD and CRT-D) will be unable to deliver life-saving pacing or shocks.

The Star Tribune reported that the FDA approved the design change and didn’t see the need for a recall as reports of problems seemed low. But St. Jude continued to sell its defibrillators that contained the old batteries until early October 2016. So, some patients may have received a recall notice within weeks after being implanted with a defective St. Jude defibrillator—one that could kill them—that the company knew was defective for years.

What the agency didn’t know before October 2016—and is now part of a federal lawsuit in Alaska union-benefits fund v. Abbott Laboratories – is that St. Jude received 42 reports showing evidence of premature battery depletion related to the lithium issue between 2011 and 2014; and in 2014 the company had a report that the problem had caused a patient death. The federal lawsuit alleges that St. Jude knew more than 250,000 defibrillators it sold in the U.S. between 2011 and October 2016 contained batteries that could abruptly short out.

The Star Tribune reports that as of May 31, 2017, (the latest data available) 616 of the 398,740 affected defibrillators sold worldwide had depleted batteries with no other discernible cause than lithium shorting. Two patients died when their defibrillators lost the ability to shock their heart back into a normal rhythm.

As if it can’t get even more insidious and infuriating to those patients with St. Jude defibrillator batteries: Some cardiologists say medical device companies could make batteries that last 25 years, instead of the current five to 11 years of expected life. But companies like St. Jude don’t get paid more if they make defibrillators with batteries that have a longer shelf life. The esteemed British Medical Journal (Nov. 2014) published a report by two U.K. cardiologists who wrote, “Increasing longevity would reduce profits for manufacturers, implanting physicians, and their institutions,” and it can be done.

More DEFECTIVE ST JUDE CARDIAC DEFIBRILLATORS News
Boston Scientific Corp. makes some of the world’s longest-lasting defibrillator batteries. Its battery factory manager told the Star Tribune that they may have the technology to make a 25-year defibrillator battery, rather than the current batteries that last about 11 years, but it would require the device to be much larger than it is today.
Boston Scientific estimates its line of EnduraLife batteries for implantable defibrillators saved the U.S. health care system $300 million last year alone in avoided replacement surgeries, compared to its older batteries. The company didn’t see a dime of that money. Instead, it went to health insurers that absorb the medical bills of patients who need to get a defibrillator replacement because their battery ran out. And with that additional surgery comes added pain and money. With surgery, there is always a risk of infection, other complications and even death.

Who wouldn’t agree to pay more for a better and longer-lasting battery? Meanwhile, many patients are hopeful that they can get some financial compensation from a St. Jude lawsuit.

If you or a loved one have suffered losses in this case, please click the link below and your complaint will be sent to a drugs & medical lawyer who may evaluate your Defective St Jude Cardiac Defibrillators claim at no cost or obligation.
Request Legal Help Now

Posted by
Bonnie Brown
on October 29, 2017
I have had my if replaced twice since the last recall. I go on the 6th of nov. To have it checked again.