A $17 million shoulder pain pump lawsuit filed in January, 2011 under the False Claims Act was unsealed just before Christmas of last year after the federal government decided not to intervene. The lawsuit alleges that various manufacturers of shoulder pain pumps advocated uses for the device that were not approved by the US Food and Drug Administration (FDA). 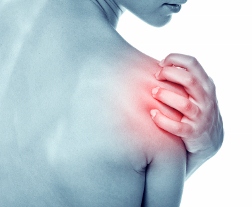 The plaintiffs in the litigation--an orthopedic surgeon and a former consultant to three of the companies named as defendants, allege in their lawsuit that the defendants continued to promote the pain pumps for off-label uses even after the plaintiffs warned the respective companies they were operating outside of legal, moral and acceptable guidelines.

Shoulder pain pumps were approved by the FDA for use in the soft tissue surrounding the shoulder, but not in the shoulder joint itself. Delivering pain medication directly to the shoulder joint has been found to permanently break down the cartilage that cushions the shoulder joint. The condition is known as Postarthroscopic Glenohumeral Chondrolysis (PAGCL), and has been an issue in both Canada and the US. The result has been intense pain and permanent mobility issues that can only be resolved with shoulder replacement surgery.

According to the Devices & Diagnostic Letter (12/24/12) the pain pumps were manufactured by Stryker, I-Flow, DJO and Orthofix (formerly Breg).

According to the shoulder pain pump lawsuit, Stryker was seen to be demonstrating to physicians the placement of Stryker pain pumps directly to the shoulder and knee joint without making any mention that the practice was an unapproved use of the product.

The plaintiff reportedly shared his observations with Stryker, but received no meaningful response. It was also reported the observations of Relator Lonnie Paulos were never reported to the FDA.

There were also, it was reported, concerns over the use of I-Flow pain pumps for use following orthopedic surgery, in the absence of proper clearance, approvals and protocols for that indication. I-Flow, it was alleged in the lawsuit, failed to evaluate the safety of its pain pumps even after receiving adverse event reports, and denied a Stanford researcher any assistance in conducting an animal study on the issue of intra-articular joint use. I-Flow is also accused, according to the lawsuit, of misleading the FDA with regard to use of pain pumps in joints.

As for Orthofix--formerly Breg--the company was noted to have conducted a clinical trial on pain pumps in joints but is alleged to have failed in properly monitoring the investigators, among other alleged failings. Alleged to have instructed its personnel to promote pain pumps for use in joints, Orthofix is also alleged to have waited three years from the time it knew about adverse events, to when it informed doctors of the hazards, or so it is alleged.

Pain pumps are often used following shoulder surgery to help manage pain. Shoulder surgery can be required for a variety of reasons??"injuries on the job, falls, and in the case of young athletes, a shoulder injury that occurs in the thrust of active play and competition.

More PAIN PUMP News
For the young athlete, pain pump surgery can balloon to a serious, life-long problem if the shoulder pain pump is used to feed pain medication directly to the shoulder joint, rather than the soft tissue surrounding the shoulder in an indication for which the pain pumps carry FDA approval.

For the young athlete, shoulder repair surgery can save a promising career. However, the use of a shoulder pain pump incorrectly can not only cut a promising athletic career short, it can trigger a lifetime of future and costly surgical procedures to replace the shoulder, then maintain the artificial joints in good working order.

Little wonder many a shoulder pain pump lawsuit is filed by a young plaintiff in the prime of life, but also in the depths of despair for opportunity lost through no fault of their own.

Posted by
Craig Swanson
on February 20, 2018
I had shoulder surgery in 2004 to repair a torn Librium, a slap tear in my bicep tendon and fix an impingement. The surgeon inserted a pain pump as part of the procedure. After recovering from surgery, the pain subsided and my shoulder improved. Within a year or two, I began to experience pain and loss of motion. I didn't think much of it and just lived with it. The pain has now gotten much worse so I visited an orthopedic surgeon to have it checked. I was told I have no cartilage left and my only option was a complete shoulder replacement. He did inform me that the problem was most likely caused by the pain pump used during my original surgery. I would be interested to learn more about my legal options.
Posted by
Jim Hamilton
on February 26, 2017
I had rotator surgery in 2001. I kept saying it didn't feel right and even followed up with surgeon. I worked through the discomfort, and by 2006 I was in such pain, I became addicted to Vicodin. Seen a specialist that said I was 85? bone on bone, and 2007 had a partial replacement. I was 24. Did not find out about a lawsuit til 2010. A lawfirm in Texas took my case. Said it was very strong. After a year, I received a letter saying my case has been dropped due to statue of limitations in Michigan. I have since had a total replacement in 2015. Dealing with some pain and developing arthritis around area. It is so dibilitating to know that this misguided information has caused me my youth, I used to play baseball, now it's hard to even play catch with my daughter. Knowing I still have many years of work left, and knowing that I will probably be disabled long before that. Trying to support a family and maintain a job is difficult. Looking for some legal advice.
Posted by
Edgar del Rivero
on May 6, 2015
I had surgery to repair a torn rotator cuff and Labral tear in 2006. The surgeon placed a pain pump in my shoulder joint. I started noticing a significant loss in movement in my shoulder. I went to an orthopaedic this past fall and he told me there was zero cartilage left in my shoulder. I went to a specialist and he performed a shoulder replacement. I was told by two different orthopaedic surgeons, since this past fall, that the result of my cartilage loss was due to the pain pump.
Posted by
phillip maxwell
on May 11, 2014
My first surgery on my shoulder was in 2003 but I have had to have several other surgeries and had 3 pain pumps in 3 parts of my body. 1 in right and left shoulder the other in my left knee! I have just found out about this topic and have a doctors appointment to schedule shoulder replacement. It is now 2014 and I have been contacted by an attorney. They are in Texas and that is good but why is it that I have been being told by law firmswhere I live that they wwon't represent.