Has the Maytag Man left the Building?

"My impression of the Maytag commercials is that they are not entirely accurate," says John Jordan. "Maytag is not interested in helping their customers: I have a dishwasher that can start my house on fire at any given moment and I don't have the money to replace it so essentially I have a $500 dangerous paperweight." 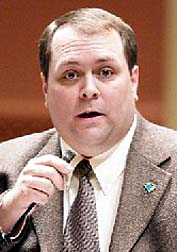 "Last week I received a letter from Maytag telling me that my dishwasher was likely on their recall list. I checked the numbers and sure enough, it was within the group recalled," says Jordan. "So I called them and went through a long automated system where I gave my model and serial number - it must have taken 15 minutes. Next I was transferred to a human operator who asked me for all the same information so that was a little frustrating. Then I was put on hold again: someone came back on the phone and said my model was not repairable.

But the letter I received said that I had a choice between a free repair or accepting a $75 rebate check to put towards another Maytag dishwasher -not exactly enough to cover a new one. (I paid $500 for mine). They told me that my only option was the $75 rebate.

I told the person that I understood she didn't have the authority to decide, and I wanted to talk to a supervisor and replace my dishwasher. She put me on hold again, then came back on the phone and said the supervisor would call tomorrow, which was last Friday, April 20th.

So I called that number and got someone else on the phone. I said I wanted a replacement, explaining that I had bought this Maytag dishwasher based on a lifetime of advertising by a Maytag repairman who sat around doing nothing because their products were so good. Without any hesitation she told me that 'Maytag will not be replacing your washer and we will not be fixing it because we can't and your only option is to accept our $75 offer'.

I reminded her that the washer she sold me is now, according to Maytag, a fire hazard to my house and family and that it was amazing they didn't feel responsible for that. She said there was nothing more they can do. That was the end of that conversation.

So that is where we stand. Then I went online and looked up information about the recall. I found out that those customers asking for repairs were having difficult times with Maytag fulfilling their offer.

And here is something really interesting: One of your attorney's told me that Maytag reported to the government they would offer customers a repair or $75 rebate -- he hadn't heard that they had stopped offering the repair option or that the repair was limited to certain models. He thinks that Maytag told the government one thing but in reality it is another matter.

That got me angry. Originally I wanted replace or repair from Maytag, I didn't care which - I just wanted to make sure that my house wasn't going to burn down or my family harmed. However, now that Maytag isn't willing to stand behind their product, I am interested in pursuing further action. In the end, Maytag needs to stand behind their product and live up to their advertising. After all, most of us grew up with the Maytag Man..."

If you purchased a Maytag or Jenn-Air dishwasher, and subsequently had a fire involving the machine, please contact a [Maytag] lawyer who will evaluate your claim at no charge.
Request Legal Help Now