Veteran attorney Ethan Preston knows the world of class actions very well. He’s successfully represented thousands of people in consumer and small class action lawsuits as a Texas attorney through his firm Ethan Preston Law, where much of his focus is on consumer technology and consumer privacy cases. 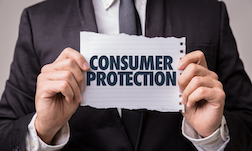 He now feels compelled to stand up for the rights of consumers in a slightly different way. He is speaking out against the potential damage the Fairness in Class Action Litigation Act of 2017 could do to consumer rights.

Sometimes referred to as Bill 985, it made its way through Congress on March 8, 2017 and is now awaiting consideration by the Judiciary Committee in Senate.

“This bill shouldn’t pass if you think that class actions and consumer litigation generally add any value to society,” says Preston.

Many trial attorneys, including Ethan Preston, believe class actions exist to ensure that consumers can aggregate their complaints in a broad based, meaningful way in a format that can hold big companies and corporate entities to account when necessary. Preston, and others including the Centre for Public Justice, warn that should Bill 985 be signed into law it could dramatically change class action and change it in a way that is decidedly not friendly to consumers.

“Bill 985 reads a lot like a wish list from the US Chamber of Commerce. From my perspective one of the biggest problems is section 1716 that basically says that you can only certify a class where all the members of the class have suffered the same type and scope of injuries,” says Preston.

That might not sound that bad but if you’re a lawyer you realize just how limiting that could be.

“In a stock fraud case that language suggests that everyone has to have the same damages,” says Preston. “You might have to separate classes based, perhaps, on the number of shares an individual held. It becomes obviously unworkable.”

“In a consumer fraud situation it could mean, did you buy one bottle of fake peanut oil or did you buy two bottles?” says Preston. “It would prevent, from my perspective, any type of class certification from going forward except in extraordinarily, excruciatingly narrow situations.”

Bill 985 also seeks to have a class action member essentially prove that they are eligible to be part of the class action. That, argues, Ethan Preston, would require a lot of procedural work that would allow corporations to evade responsibility for their actions.

For example, sometimes class actions are used to take on debt collectors that use illegal ways to collect money such as harassing people with late night phone calls.

The Fair Debt Collection Act only covers people who borrowed money for personal use and not business use. If a class action was launched against an unfair debt collector under the new proposed bill people would have to first prove the money they owed was borrowed for personal use.

“One of the arguments that debt collectors like to make is that they ‘don’t keep records as to what is personal use and what is not. They put them all together and we collect them all the same way’.

“You would be unable to determine which is a personal debt without going to each member of the class and asking them whether the debt incurred was business or personal. You would never be able to certify a Fair Debt Collection Practices (FDCP) class action suit again because the debt collectors would throw out all the records identifying which is a personal debt or a business debt,” says Preston.

The Fairness in Class Action Litigation had its origin with lawmakers who argued that lawyers were unfairly profiting from class action suits while leaving little in the way of compensation leftover for the members of the class.

Preston argues that just isn’t true and the real intention of the Fairness in Class Actions Law 2017 is to prevent consumers from taking companies to court at all.

Bill 985 is also trying to curtail the ability of class action suits to shift the burden of legal costs to the defendant. This is particularly important when the amount of money owed to the consumers is small. If the suit involved, for example, consumers being paid $10 for every harassing phone by debt collector the actual amount the total compensation per consumer would be tiny. The real deterrent is asking the courts to make the bad debt collector pay the attorney fees.
“There are a number of consumer protection statutes that would be affected. These cases would no longer go forward as class actions because attorneys can’t get paid. No one would take the case,” says Preston.

Bill 985 is being widely condemned by trial attorneys across the country. Although a previous version was brought forward several years ago and failed, attorneys for consumers and attorneys involved in class action suits believe that because the House and the Senate are now controlled by Republicans it may be possible for the Fairness in Class Action Litigation Bill 2017 to become law this time around and have a serious impact on consumer rights.

Preston urges consumers to call their Senator and tell them to vote no! Their consumer’s rights are on the line.

If you or a loved one have suffered losses in this case, please click the link below and your complaint will be sent to a consumer frauds lawyer who may evaluate your Personal Injury claim at no cost or obligation.
Request Legal Help Now

Click to learn more about LawyersandSettlements.com
LawyersandSettlements.com is an online news and information site for the general public and legal community. As a legal news resource, we have emerged as an independent & trusted voice. We provide detailed and quality information on various lawsuits filed including Defective Product Cases, Civil & Human Rights Cases, and Consumer Frauds.