Guidant faces Pacemaker Lawsuits: Thousands of Pacemakers could be Defective

According to third quarter reports filed November 9, 2006 by Boston Scientific the company faces around 840 lawsuits related to Guidant pacemakers and defibrillators. 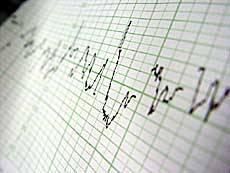 Of those cases, 74 are class-action and around 760 are individual suits. The number of suits is up significantly from the 550 lawsuits reported after the company's second quarter.

Guidant, which was bought by Boston Scientific for $27 billion in April, has issued a number of recalls in the past 16 months, two of them involving pacemakers with defects. The recalls led Boston Scientific to announce in May that the name Guidant would no longer be used on the implantable cardiac defibrillators (ICDs) and pacemakers, starting this year.

The first recall occurred in July 2005, when the Food and Drug Administration (FDA) announced Guidant had voluntarily issued a worldwide recall of its pacemakers. Guidant issued the recall after receiving reports that the pacemakers had defective sealant. The defect allowed moisture to leak into the pacemaker and cause the controls to either stop pacing or increase to a rapid pace.

At the time of the recall, 69 devices were known to have malfunctioned. Twenty of those cases involved the pacemakers failing to provide pacing output and resulted in five patients losing consciousness. At least two patients suffered from rapid pacing. One of those patients died in the hospital but the death has not been confirmed to be a result of the pacemaker defect.

The FDA classified the recall as a Class I recall, meaning that any malfunctioning of the device involved could reasonably be expected to cause serious injury and even death.

The second recall occurred in June 2006, and was announced after Guidant learned that the pacemakers involved in this recall contained a faulty capacitor that could lead to failure of the pacemaker. Two patients reported losing consciousness after their pacemakers failed.

Currently, Guidant does not yet know how many pacemakers may have this new defect but there could be thousands of faulty pacemakers implanted in patients.

People who have Guidant pacemakers implanted and are concerned that they have the defective pacemakers should speak to their doctors about the risks associated with removing and replacing the devices. In some cases, replacement of the pacemaker could put the patient at greater risk of injury than leaving the pacemaker implanted.

The first Guidant lawsuit to take place in a federal court is scheduled for March 15, 2007.

If you or a loved one have a pacemaker implanted, please contact a [Guidant Pacemaker] lawyer who will evaluate your claim at no charge.
Request Legal Help Now

Posted by
michael bubba schleef
on July 14, 2014
my pacemaker difibliator was recalled and my doctor and i werent informed of this by boston scientific. the only way i knew something was wrong was that i heard a beeping going on in my chest and after seeing my doctor he found out the device was bad. instead of having six and 1/2 years of life left on the battery i had from anywhere of an estimated time of one week to two months left of life on the device. i got very upset and worried and was thinking i could die or go into a bad rythym at any time. luckily we got info in time to change out the device but my mental state and heath has really gone down the tubes. please contact me as to what i should do. yours, michael schleef
Posted by
Mrs. Susan Kasperski
on January 14, 2014
go to this site I have 2 Video's on this site and 12 chapters about my nightmares about getting 3 Pacemaker and care I've got Then you tell me if I have a case.

Write now I'm trying to get a Bill introduced in congress about New Law on Pacemaker care.