$4.5 Million Award for Defective Hip Implant Does Not Wright a Wrong

It was just one defective hip implant case out of 1,200 still in the litigation pipeline, but the outcome could be telling as to how future cases might wind up against a manufacturer not immediately known for failed implants. That said, if future cases against Wright Medical Technology Inc. (Wright) go the way of the first trial, we can expect to hear more about Wright and its failed Profemur R hip implant. 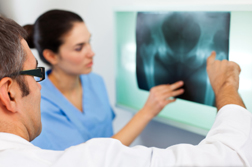 According to court documents, the plaintiff in the case is Alan Warner, who alleged a failure of his Profemur R hip implant one day in October 2010 while he was in the kitchen of his home, apparently to make a cup of coffee. Warner alleged that he was thrown into extreme agony when the implant suddenly failed. His hip implant lawsuit, filed in December 2011, alleged that laser guidance marks etched too deeply on the implant served to weaken the implant, causing it to fail prematurely.

The failure, according to court documents, occurred at the stem of the implant, rather than the neck - the latter identified in other lawsuits as a more common point of failure. Similar defective hip implant lawsuits naming the Wright Profemur R allege the implant was found to release chromium and cobalt into the bloodstream and hip capsule.

Warner was told his hip implant would last anywhere between 15 and 20 years - the de facto lifespan for any hip implant. In Warner’s case, his defective hip implant experienced a catastrophic failure after less than three years, and Warner required extensive revision surgery to remove the failed implant and correct the problem.

In the end, Warner was not awarded damages for medical expenses, nor did the jury find that Wright was negligent in designing the Profemur R implant, as Warner had alleged.

However, the jury did find that the implant Warner received carried a manufacturing defect that caused it to fail, injuring Warner. To that end, the jury in the defective hip lawsuit awarded the plaintiff $4 million for past and future pain and suffering. The plaintiff’s wife was awarded $500,000 for losses suffered by her as the result of the defective Wright Profemur R hip implant.

Defendant Wright in the defective hip implant lawsuit alleged that Warner’s device failed not due to any flaw in design, but due to an incorrect installation that allowed slight movement deemed to have the potential to foster a fracture.

More DEFECTIVE HIP IMPLANT News
As indicated above, the Warner defective hip lawsuit is the first lawsuit of about 1,200 to go to trial. There are no fewer than 600 lawsuits housed in coordinated litigation in California state court, with an equal number parked in multidistrict litigation in federal court in Georgia.

The Wright Profemur R is described as a metal-on-metal device. Metal-on-metal implants, a common design seen in later-generation implants, have proven to be problematic and less reliable than implants fashioned from more traditional materials.

The case is Alan Warner et al. v. Brad L. Penenberg M.D. et al., Case No. BC475958, in the Superior Court of the State of California, County of Los Angeles. There was no mention of any outcome related to defendant Penenberg - although with the jury finding that a manufacturing flaw caused or contributed to the failure of Warner’s implant, it is assumed the primary surgeon was not deemed to have been at fault.