8,500 Hip Implant Lawsuits Head to Trial this Month as MDL

The latest hip replacement litigation news is the DePuy Pinnacle trials, slated for late September in Dallas federal Court, Northern District. “This is the last big group of hip cases going to trial with the exception of Johnson & Johnson,” says attorney and practicing cardiologist Shezad Malik. “We are hopeful that a successful and sizable verdict on this third bellwether trial may push J&J to the settlement table.” 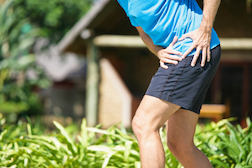 “We are hopeful that a successful and sizable verdict on this third bellwether trial may push J&J to the settlement table.”
For the past four years the DePuy Pinnacle claims have been set up in Multi-District Litigations (MDL’s) and as of August 15, 2016 approximately 8,500 cases are pending in the Northern District of Texas. All these cases have similar allegations: the Pinnacle is allegedly defective in design and DePuy failed to test it adequately - it was fast-tracked through the 501k process.

And the DePuy Pinnacle is similar to other brands of hip replacements. Biomet and Stryker, Zimmer and others are all plagued by design defects. “Biomet and Zimmer already settled. They all know metal-on-metal hip replacements are a bad product on the market so the chickens have come home to roost,” says Malik. And J&J chickens will likely follow…

From January 1, 2010 through December 31, 2010, the FDA received more than 500 adverse event reports regarding the DePuy Pinnacle, including patients who required revision surgery because the implant was loosening or coming out of position. And many hip recipients reported they had been diagnosed with metallosis, which is caused when metallic debris comes lose from a hip replacement device and is absorbed by the surrounding tissue. (In large amounts and different forms, chromium can be toxic and carcinogenic and cobalt has the potential for liver damage and other long term adverse health issues, which is caused by inflammation at the cellular level.)

In the DePuy ASR trials, jurors were shown an internal DePuy analysis from 2011 that indicated a 37 percent failure rate of ASR hips within 4.5 years, and that Australian national registry data showed in 2012 that 44 percent failed after seven years. “The Pinnacle is also a faulty design and has the same defects as other DePuy models,” adds Malik. “The main difference is that the ASR was recalled and the Pinnacle was not recalled.”

More DEFECTIVE HIP IMPLANT News
So far there have been two DePuy Pinnacle trials. One took place over a year ago with a defense verdict and earlier this year a bellwether trial that consolidated five cases resulted in a $500 million verdict in compensatory and punitive damages. “The judge later reduced the settlement amount to $150 million for those folks based on Texas law that caps pain and suffering awards,” Malik explains. “Since that verdict the defense made a motion for a new trial. It was appealed to the 5th circuit and they filed a mandamus against the judge (in this case, the appellate process is asking the Court of Appeals to review the judge’s decisions). As of Sept 12, the Court of Appeals has not reached a decision and the trials are scheduled to go forward in the next few weeks.”

Malik says that all the hip replacements are continuing to fail. “We expect them to be a problem for the next five years,” he explains. “People who had implants in the early 2000s and even five or six years ago are now filing claims with us.” Baby boomers in particular were sold a bill of goods. They were told their implant would last 20-25 years. “People expected their hip replacement to outlive them but the reality is far from that.”

Posted by
Kathy Castle
on November 19, 2016
I had the Depuy Pinnacle in 2007. Went almost the whole year not being able to walk without constant pain. Doctor ordered all kinds of pictures and blood work. All inconclusive. I finally told doctor after the year in pain he had to go ahead and do surgery couldn't live that way. After surgery doctor was so apologetic because when he went in he saw that stem was just hanging loose. It had never adhered . So was fixed and screwed in now but still in pain all the time and can't walk around without pain.
Posted by
joseph t madden lll
on October 21, 2016
I received pinnacle /depuy/J&J metal on metal hip replacements on both hips in 2009 after about 6 months my hips hurt worse then before.i developed metallosis severe headaches constant neusea,cataracts .memory loss depression at 42 years old i was basicly a shut -in.my chromium &cobalt levels were way over the threshold to revision surgery.2014 had pinnacle metal on metal hips replaced with plastic and ceramic.the DR.took pictures on his phone and showed my family the pictures of hips inside me were rusted moldy.never imagined, any company would sacrifice the health of humans this way it is horrible.it is now 10/21/16 still constantly sick sores on legs wont heal.headaches need to get cataract surgery.my life is ruined and my wife and kids suffed along with me.
Posted by
Janet George
on September 19, 2016
My father, Taylor Napier, passed away in 2005 after having a hip replacement a year earlier... A depue product was used. He was in constant pain. The surgery was performed at the Largo, Fl hospital...
Posted by
carl rudolph
on September 19, 2016
2004&2005 i had both hips replaced using zimmer parts. now i have an infection around both of the replaced parts