LAWSUITS NEWS & LEGAL INFORMATION
Home Page >> Lawyer Interviews >> Houston, We Have a Problem with DePuy AS..

Houston, We Have a Problem with DePuy ASR Hip Replacement

Texas lawyer discusses problems with the DePuy ASR hip implant, including failures both with the device and the FDA, and problems an ASR patient faces if revision surgery is required.

Some DePuy ASR hip replacement patients are having problems finding a surgeon to perform revision surgery. Besides having to deal with a defective medical device, surgeons are in a dilemma and the FDA could have done more to help patients. 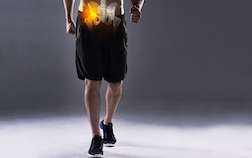 "Orthopedic surgeons were told that these ASR hips would last longer than 20 years, that they were the greatest thing since sliced bread and the perfect hip replacement for the more active and younger patient," says Dr. Shezad Malik, who is both a physician and an attorney. "But long before the FDA recall in 2010, orthopedic surgeons were complaining to the medical device companies about metal-on-metal hips and presenting their findings at national orthopedic medical conferences."

"I didn't know about problems with the DePuy ASR until the FDA issued a recall, but doctors in other countries were ahead of us because of their databases," says Malik. Two years before the FDA recall, data from orthopedic databases overseas showed that the ASR was failing at high rates in patients after just a few years. They also showed reports of metallosis - where the device sheds metallic debris as it wears, and these metal particles have damaged tissue in some patients and/or caused devastating injuries.


"Some surgeons have a conflict of interest," says Malik. "By that I mean there were lots of shenanigans going on in the U.S. health systems." Johnson & Johnson got caught giving kickbacks to surgeons. In a recent Pinnacle hip trial, the plaintiffs' attorney showed jurors records of royalty payments from DePuy to 11 orthopedic design surgeons on the Pinnacle hip system ranging from $2 million and up to $44 million. "Doctors not only get monetary compensation, they also get to be an expert and get compensated to speak on the lecture circuit." Of course, these 'lectures' further taint or disguise any defects. In other words, fake news.

"I didn't know about problems with the DePuy ASR until the FDA issued a recall, but doctors in other countries were ahead of us because of their databases," says Malik.
"J&J blackball people who squeal about problems so if you are a thought leader [an individual or firm that is recognized as an authority in a specialized field and whose expertise is sought and often rewarded] and complain, that's a problem. They don't want to get rid of their golden goose, which in this case is the DePuy ASR. So, J&J will publish articles that refute what you say; their own studies conflict with yours because they massaged the data and it becomes a lot of noise. Again, fake news."


LawyersandSettlements has interviewed many hip replacement patients who need revision surgery, but they say their orthopedic surgeon refuses to help and they can't find another surgeon. Bottom line: With the above problems, what can a patient do to get the proper treatment?

More DEFECTIVE HIP IMPLANT News
"Therein lies the problem," says Malik. "Dr. X did hip replacement surgery and Dr. Y sees complications, such as muscle and bone damage. Dr. Y is in a dilemma. He wants to help the patient but can't guarantee full recovery and if something goes wrong, he is worried that he would be blamed for Dr. X's mess.

"My advice to a hip replacement patient with any symptoms, especially if they started before 2012, is to go for your annual check-up with your orthopedic surgeon and find out what implant you have: get the make, model, any and all information. And talk about getting tested for metallosis and an MRI. A patient has to take charge of their medical condition. Seek a second opinion, especially look into tertiary care at university teaching hospitals. There are regional centers that have the expertise to deal with this."

And reach out to an attorney. Malik and other hip and knee attorneys can recommend surgeons at university teaching hospitals, "especially for patients in rural areas where their implanting surgeon may not feel comfy doing the revision surgery."