A judgement for the defendant made by a lower court was upheld on appeal, affirming the original finding in favor of DePuy Orthopaedics in a hip replacement implant failure lawsuit. And while there is little doubt the plaintiff suffered from her allegedly defective hip implant, issues with the testimony of an expert witness appeared to sink the case for the plaintiff. 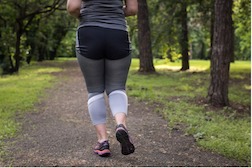 It should be noted that at the time of her initial hip replacement procedure in 2008, Redd was deemed a high-risk patient due to excess weight and her need for immunosuppressant drugs. Redd nonetheless launched a hip failure lawsuit against DePuy Orthopaedics, claiming the DePuy hip was defective.

Court initially heard that one of the reasons why the allegedly defective DePuy hip failed, was due to the inability for the stem to grow into the plaintiff’s bone. However, the issue that appears to have sunk the case for the plaintiff and resulted in a defense verdict was the testimony of an expert witness.

Shankar Sastry, identified as a professor of science with expert knowledge of metallurgy and materials, submitted expert testimony during discovery that was confined to the metal itself, without delving into how the metal was associated, or interacted with the body and human bone. This, it appeared, was due to the limitations of his research and expertise as confined to metal objects only and, as such, could not speak to the effect the metal would have on Redd’s body, or vice versa.

According to documents associated with the hip replacement lawsuit, DePuy moved for summary judgement when discovery closed. The plaintiff responded with an affidavit from her expert witness claiming that DePuy had failed to meet its own manufacturing standards.

More DEFECTIVE HIP IMPLANT News
However, in reviewing the affidavit US District Judge Catherine D. Perry ruled that some aspects of Sastry’s affidavit contradicted his earlier testimony during discovery – including the observation that Sastry’s earlier testimony suggested he had no knowledge of the manufacturing specifications of the failed DePuy hip, but noted in his subsequent affidavit that he relied on those specifications. The judge also ruled the expert witness lacked the scientific background or credentials to suggest a manufacturing defect, and thus excluded Sastry’s testimony.

Without Sastry’s testimony, Redd was left without a witness and support for her claims. The judge granted summary judgement for DePuy, a ruling which was upheld by the Eighth Circuit on appeal.

“A party may not avoid summary judgment by submitting an affidavit that contradicts rather than clarifies previous sworn testimony,” the opinion states. “Here, Dr. Sastry’s affidavit arguably crossed the line between clarifying prior testimony and changing prior testimony.”

The hip failure lawsuit is Judith Redd v. DePuy Orthopaedics, Case No. 16-3428, in the US Court of Appeals for the Eighth Circuit.