Johnson & Johnson and its DePuy Orthopaedics unit have filed a brief asking an appeals court to reconsider denial of their motion for a new trial that resulted in a $151 million judgment against those manufacturers on a Pinnacle hip implant bellwether trial. 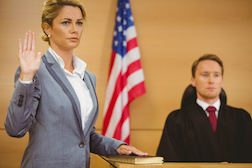 The appeal arises from the second trial in a multidistrict litigation (MDL) involving claims of more than 9,000 plaintiffs, alleging that they received a Pinnacle Ultamet hip implant during hip replacement surgery and were later injured by metal debris generated from the implant's metal-on-metal design.

This is the second appeal arising from the second trial in "one of the largest multidistrict (MDL) proceedings currently pending in the federal court system, according to the brief.

The 2016 trial involved five plaintiffs and lasted more than two months, ending in a $502 million jury verdict against J & J and DePuy. That verdict was later reduced to $151 million by the district court due to Texas' statutory cap on exemplary damages.

According to the brief, J & J and DePuy argue that the companies are entitled to a new trial because plaintiffs in the lawsuit allegedly lied about paying their expert witnesses in the second MDL trial.

According to the appeal document:
"Further investigation revealed that plaintiffs’ counsel, Mark Lanier, had

More DEFECTIVE HIP IMPLANT News
agreed before trial to donate $10,000 to a charity of the first expert’s choosing, and then sent him a check for another $35,000 after trial.

"The second expert admitted that he expected to be paid all along—in no small part because Lanier told him, “don’t worry about” sending an invoice—and then, sure enough, received a check for $30,000 as soon as the trial was over."

The "purported volunteer status" of the expert witnesses was a central theme in the trial, according to the appeal.

“By misrepresenting the facts about whether those experts had been or would be compensated, plaintiffs’ counsel unfairly imbued them with a false aura of objectivity and credibility, both in the abstract and vis-à-vis the defense experts,” according to the brief.