Many an artificial hip manufacturer is embroiled in lawsuits alleging hip replacement implant failure. Accolade, Smith and Nephew, DePuy, and Stryker are but a few examples of the manufacturers commonly referenced in litigation involving failed implants, including the now vilified metal-on-metal implants. 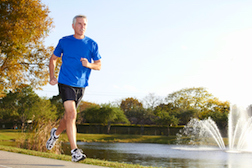 However, there are other manufacturers involved – including Wright Medical Technology Inc., a manufacturer of a problematic metal-on-metal hip implant. The latter design, one adopted in recent years by other manufacturers, was intended to add strength, longevity and a higher level of robustness to the implants given the increasingly active lifestyles of today’s middle-age Americans and retirees.

However, metal-on-metal implants – the majority of which have been brought to market under the 510(k) ‘substantial equivalency’ Clearance protocol maintained by the US Food and Drug Administration (FDA) – have proven problematic with, amongst other failures the shedding of minute metal particles that serve to inflame and infect surrounding tissues, and the emergence of metallosis. The latter is a condition stemming from the absorption of metal ions from metal alloys into the bloodstream that could prove toxic. Many a metal-on-metal hip implant that is otherwise performing well has required removal through revision surgery due to metal toxicity which left unchecked could become a significant health hazard.

Lawsuits against Wright Medical and its Conserve hip implant have been consolidated in multidistrict litigation by the Judicial Panel on Multidistrict Litigation. Last year, a hip failure lawsuit brought by a plaintiff against Wright Medical was selected as a bellwether case and tried as such. Although the Conserve MDL is housed in the state of Georgia, the plaintiff asserted product liability claims under Utah law.

The outcome, however, proved curious. The jury found that the plaintiff’s Conserve hip implant had not been defective, and thus found there was no defect with the product. At the same time, however the jury also found that Wright Medical had made negligent misrepresentations and as a result, awarded compensatory and punitive damages to the plaintiff.

Not so, said the judge in the district court. Under Utah state laws and the Utah Products Liability Statute, any and all claims for injuries alleged to have been caused by a defective product requires proof of a product defect.

The jury, in finding the product not defective, essentially cancelled out the attached award for damages due to a finding of negligent misrepresentation. At the end of the day, the finding by the jury in the hip replacement lawsuit that the device in question was not defective, translates to a defense verdict.

More DEFECTIVE HIP IMPLANT News
And yet, it wasn’t. The district court ruled the jury verdict to have been “inconsistent” given a finding of no defect on one hand, yet with an accompanying finding for negligent misrepresentation on the other. As a result the judge in the case renewed instruction to the jury and sent jurors back to undertake further deliberations.

The jury came back with the finding of negligent misrepresentation intact – but also altered their original finding – under the Court’s new instructions – and found the hip implant defective after all.

Wright Medical appealed to the Eleventh Circuit, which upheld the lower court’s ruling.