Various reports of defective catheters causing injury have also been associated with product recalls initiated by respective manufacturers and supported by the US Food and Drug Administration (FDA). 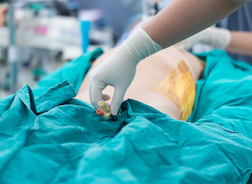 Three recalls that have been the focus of frequent reports involve the Fetch 2 Aspiration Catheter, manufactured by Boston Scientific, and catheters featuring the Beacon tip made by Cook Inc., a manufacturer also known as Cook Medical. The three recalls combined, involve in excess of a half-million catheters.

The Cook Medical recall is the larger of the three, with no fewer than 451,550 catheters affected, according to the official FDA online listing for the recall that was originally initiated by the manufacturer on July 2, 2015. A little more than a month later, the FDA issued a Class 1 recall of the Beacon Tip Torcon NB Advantage Catheter on August 5, 2015.

The recall, on a webpage that was most recently updated three days ago on June 16, 2017 retains a classification as ‘open’ as not all recalled catheters have been accounted for. “Not all products have been corrected or removed,” the FDA says.

The Shuttle Select Slip Catheter, also manufactured by Cook Medical, was recalled April 15 of last year. It’s also an open recall, with not all of the 60,302 catheters accounted for.

Both recalls involve reports of catheter tips splitting, or separating from the catheter. The concern remains the potential for defective catheters causing injury.

The Boston Scientific recall involves 21,155 units of its Fetch 2 Aspiration Catheter. Boston Scientific issued the recall March 22 of last year with the FDA following up with a Class 1 Device Recall a little less than a month later, on April 18, 2016.

As with the Cook Medical recalls, the Boston Scientific recall remains an open and active recall as of June 16, as not all catheters have been accounted for.

The Class 1 recall is the most serious of recalls issued by the FDA, given that serious injury or death remains possible.

All three recalls – indeed, all three products have something else in common.

The Beacon Tip, the Shuttle Select and the Fetch 2 Aspiration catheters were all approved through the FDA’s 510(k) Clearance, the oft-used loophole that spares a manufacturer the need for intensive testing and clinical trials provided the product is deemed to be substantially equivalent to a product already on the market and performing well.

All three were approved under what is called an SESE classification, which is designated as ‘Substantially Equivalent.’

In all three cases, according to the official FDA web pages for the recalls and the 510(k) Clearances, there was no third party review.

More DEFECTIVE PRODUCTS News
Critics have long since railed against the 510(k) Clearance protocol as giving manufacturers a pass on the need for rigid, expensive and time-consuming clinical trials that can often take years in order to conclusively determine, as much as a determination may be possible, the true safety and efficacy of a medical device as tested on volunteer subjects before the product is released to the wider market.

Advocates who support the 510(k) Clearance tout the virtues of getting promising products to the market sooner. Pundits, however point to the possibility of a series of 510(k) updates, creating in their wake a product that bears fewer similarities and diminishing resemblance to the original product that was, itself rigidly tested.

To that end, defective catheters causing injury have been impacted, at least in these cases, by the 510(k) Clearance protocol.